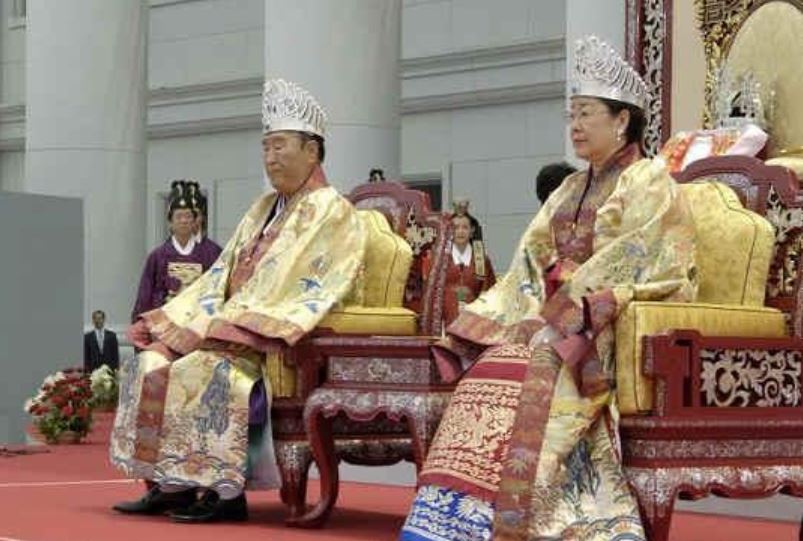 The Principle explains, “The religion founded upon [the] truth will lead all of humanity to become one with God in heart. Such people will build an economy in accordance with the divine ideal. These will be the foundations for a new political order which can realize the ideal of creation.”

What is this “new political order”? It is the leadership of parents. Society needs both masculine and feminine leadership—the leadership of parents. A family is led by a father and mother and a nation is led by parents. True parental government balances masculine and feminine values, perspectives and methods. It unites the plea for social justice with competition, the holiness of the creation with extraction, sexual love with strict mores, and family life with public engagement.

Society needs both masculine and feminine leadership—the leadership of parents.

It unites Ronald Reagan’s cold war strategy, “We win. You lose,” with Bill Clinton’s announcement that “I feel your pain.” It unites Donald Trump’s “Make America Great Again” with Hillary Clinton’s “Stronger Together.”

Only true parenting, created by true men and women, perfectly unites the masculine and feminine.

With the Pal Jung Shik in 1989, the age of siblings and the age of what True Father called “brotherism” ended. True Father thereupon declared Parentism and True Mother’s equality with him. Brothers compete; parents complete. Once True Mother stood as co-founder, God’s motherly heart toward the weak seeking justice and the oppressed seeking equality could appear.

Once True Mother stood as co-founder, a new political order could emerge.

This parental model uniting left wing and right wing is what True Father called, “head wing.” At the end of Peace-Loving Global Citizen, we read, “The International Peace Highway is a project to bring the world together as one. To become one …refers to an equalization of the world’s standard of living. When someone monopolizes a technology and keeps the profit for himself, the balance of the world is upset. The International Peace Highway will rearrange the current inequality by creating access to existing natural and human resources. This will bring about a leveling of wealth. Only sincere love and continuous sacrifice is capable of building a world of peace. We must be willing to offer everything.”

Only true parents offer everything, so this also ended what conservatives call a “nanny state. A nanny is hired help; parents are owners. No one gets paid for being a parent. It is not elected employees, but lineal parents—“humanity one with God in heart”—who create the new political order.

(Citations: Exposition of Divine Principle, Part 2, Chapter 4, “The Parallels between the Two Ages in the Providence of Restoration,” 7.2.7; As a Peace-Loving Global Citizen, p. 345.)