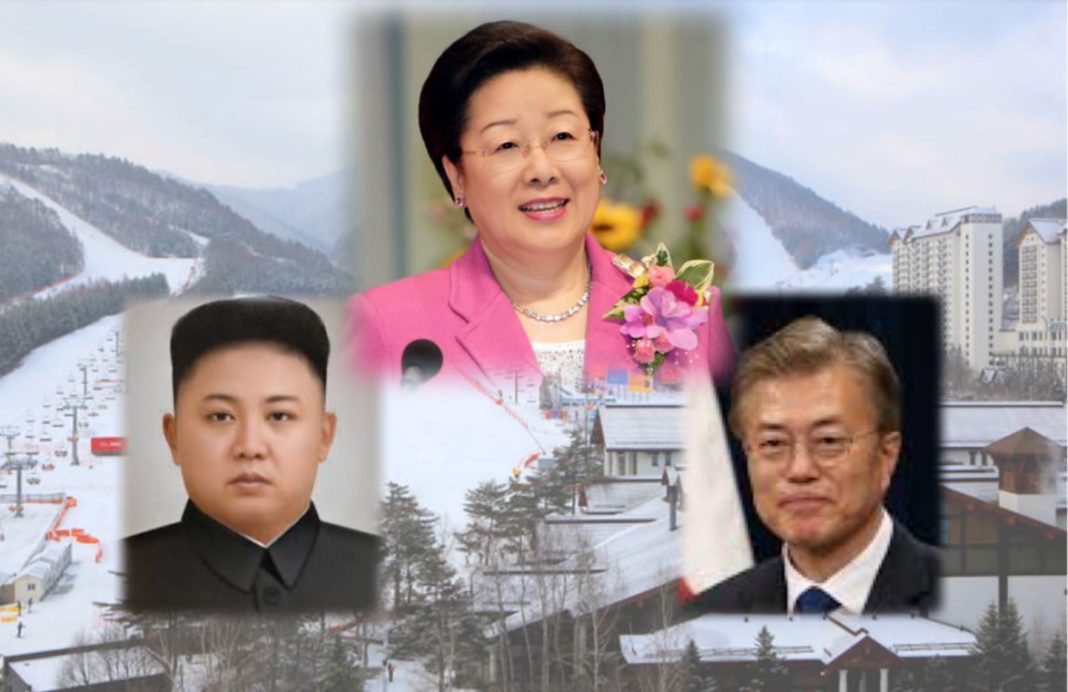 The chosen individuals, families, people, religion and nation did not receive Jesus, nor did they receive the one he called, Sun Myung Moon. As a result, Satan could claim the Lord’s physical body, family, followers, the chosen religion and chosen nation. The sacrifice could be willing or unwilling, but it had to be made.

True Parents’ homeland, North Korea, was nailed to the cross. The Principle explains, “At the point of confrontation between God and Satan, a sacrifice must be offered as the condition to determine the outcome of their struggle. The Korean people were this sacrifice, placed on this front line of battle to be offered for the sake of the restoration of the universe.”

True Parents’ homeland, North Korea, was nailed to the cross.

Korea had practiced Catholicism on their own for a century, and had embraced the Bible fervently when it arrived. Pyeongyang was called “The Jerusalem of the East,” and churches in the north made super-human conditions to receive the returning Jesus. They did not follow him when he appeared.

On November 11, 2017, God’s only Daughter rallied the world on behalf of Korea. Over the next forty days, something changed:

“North and South Korea are suddenly on a fast track to direct bilateral talks… Mr. [Jong Un] Kim’s offer, which was read by a senior Pyongyang official on state TV, followed a South Korean offer of high-level talks with North Korea to find ways to cooperate on next month’s Winter Olympics in the South,… Ri Son-gwon, chairman of the state-run Committee for the Peaceful Reunification, said Mr. Kim has ordered regime officials to promptly take substantial measures with South Korea out of a ‘sincere stand and honest attitude.’

It just so happens that the Winter Olympics venue includes Yongpyong, a resort founded by True Parents. Seems like an ideal place for some motherly sharing over a nice meal. Full disclosure: I’m in no way privy to True Mother’s plans. I’m just talking Principle.

(Citations: Exposition of Divine Principle, Part 2, Chapter 6, 3.3.2; “Koreas set up stunning direct bilateral talks with Trump, Olympics pressures mounting” by Dan Boylan, The Washington Times, January 3, 2018; https://en.wikipedia.org/wiki/Yongpyong_Resort. The photos with True Mother’s are of the presidents of the two Koreas. In the background is the Yongpyong resort and condominiums.)