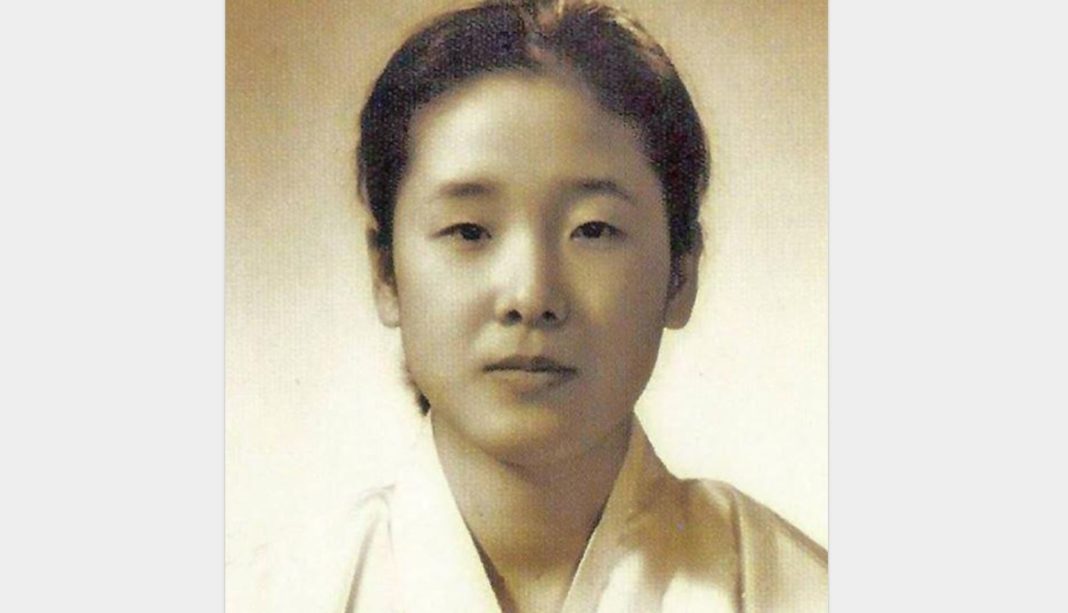 To prepare for the Second Advent, the Christian West developed governing structures and a spiritual path for families. Spirit-led churches in Korea, ultimately Mrs. Ho Ho Bin’s “Inside the Womb” church, completed the preparation.

Rev. Ho taught God’s heart, how grievous God was at the Fall, God’s providence for Jesus, that Mary and John the Baptist’s failures led to Jesus’ crucifixion, and that the Lord would come as a Korean.

Rev. Ho taught that the Lord would come as a Korean.

She learned that Jesus should have lived as a prince, with the best clothes and banquet-like meals. She guided her church to resolve his resentment. They made clothes for him to wear from childhood to age 33—two sets of clothes for every three days, one Korean style and one western style.

They had to make them by hand, stitching in a certain way, and not standing up until finished, even for the toilet. Then, after they finished making Jesus’ clothes, they were told to make clothes for the coming Lord, with greater sincerity.

The group had more than 1,000 followers and it took them seven years.

When they served the Lord a meal, they were told to bow 300 times and sometimes 3,000 times. Heaven said, “Even 3,000 bows is not enough to pay your respect to the Lord.” Three thousand bows takes ten hours; after finishing, they collapsed.

In this way they waited for the Lord, ready to give their lives.

She sent him out in wintertime, barefoot in sackcloth, telling him to beg for food and return after six months. To indemnify the 6,000 years of suffering the archangel caused, he obeyed. After one week she called him back. If her husband believed whatever she told him, the indemnity was paid and the time was shortened.

Her stomach moved, to remind her that the Lord would come through a mother’s womb.

Whenever Rev. Ho received a revelation her stomach moved, to remind her that the Lord would come through a mother’s womb. Other Christians called this group, “The Inside Belly Church.”

To this church belonged a family consisting of a single mother, Soon Ae Hong, and her daughter, Hak Ja Han. Born the fruit of Christianity’s preparation, Hak Ja Han, the only begotten Daughter, knew nothing but the Principle, God’s heart, and absolute attendance to the Lord.