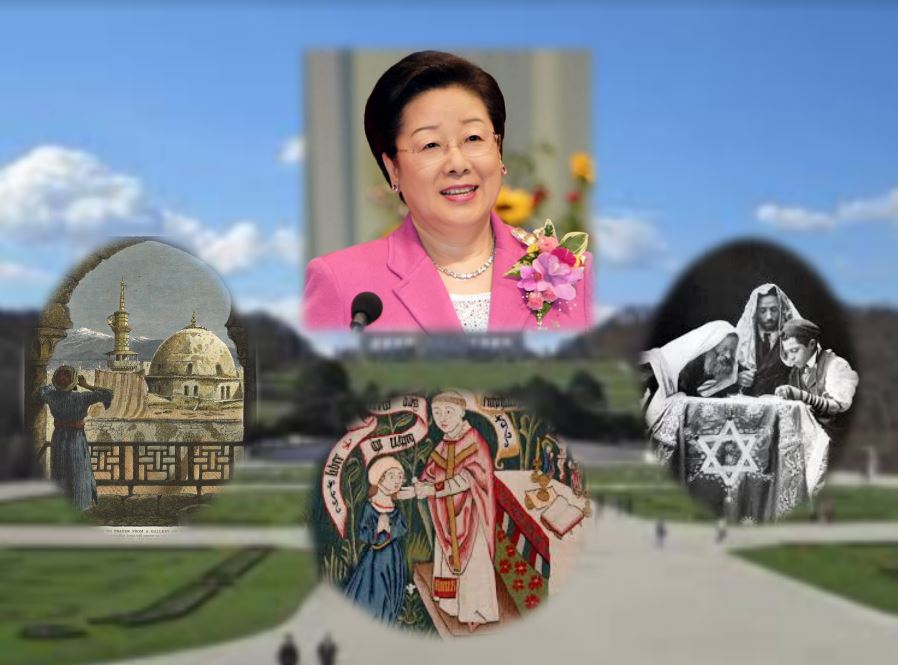 Two days from now, our True Mother, God’s only Daughter, will speak at a landmark “Peace Starts with Me” rally in Vienna. Why did she choose Vienna? Because of its glorious culture? Of course that, but there is much more.

Over the centuries, Islamic armies advanced into Western Europe only as far as Vienna.

In the sixteenth century and again in the seventeenth, Islamic armies advanced into Western Europe. In both cases, they were turned back at Vienna. Beginning in the eleventh century, Vienna included a flourishing Jewish community. In the twentieth century, it was annihilated by the Holocaust.

Today, Muslim presence western Europe is growing rapidly, while traditional Judeo-Christian culture is disappearing. The Middle East and North Africa are a theatre of war and violence. The entire region is at a turning point.

This is why True Mother chose Vienna. From all religions, races and nations, east, west, north and south, God’s children will stream into the gates of Vienna. National and religious leaders, youth and students will hear True Mother. Jews who died in concentration camps will hear her declaration of liberation.

Last January 8, following the Global Rally for the Peaceful Reunification of the Korean Peninsula, I wrote that “God’s only Daughter rallied the world on behalf of Korea. Over the next forty days, something changed.”

True filial piety—hyo jeong—is the power that will unite Abraham’s warring descendants. True filial piety is for the Messiah Parents. Jesus said, “Before Abraham was, I am.” By the grace of God’s love that liberates the human heart, the three Abrahamic faiths will receive their one True Father through their True Mother.

That is why True Mother chose Vienna.

How Women Will Rule the World

How the UN Can Balance Religions, Parties and Economies