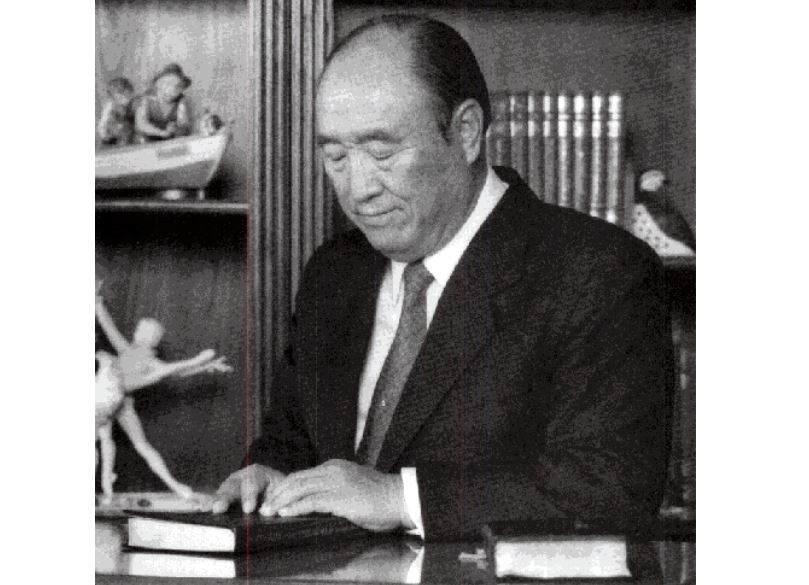 On March 16 in Las Vegas, True Mother said, ”I have patiently waited and endured for a long time. I was born and grew as Heavenly Parent’s daughter. This is why even if no one taught me the Divine Principle, I knew Heaven’s providence. That is how I made a firm resolve at a young age. I became the subject.”

“In the future, the Divine Principle will need many updates.”

That’s a strong assertion, which led to a statement even stronger: “In the future, the Divine Principle will need many updates.”

Such declarations call us to reflect upon what True Father said on these subjects. Let’s begin with the updating part. Exposition of Divine Principle itself says, “The words proclaimed on these pages are only a portion of this truth. This volume is merely a compilation of what his disciples have hitherto heard and seen. We believe and hope that when the time is ripe, more profound portions of the truth will be published.”

So Father said that his personal history will become, but is not yet, part of the Divine Principle. That is, there’s going to be an update.

“The words proclaimed on these pages are only a portion of this truth.”

Later in the session, Father’s interpreter, Mrs. Won Bok Choi, returned to this topic: “At the present time he can reveal nearly all of the Principle but there are still some things that he does not tell. He explains that the story of his life is not yet part of the Divine Principle. When requested to tell about himself, he asks, ‘Are you ready to bear the responsibility to know that truth?’ Our Leader does not feel that we are ready now, but will be at a later time. We …must wait for that part which only he can tell us.”

(This begins a series on True Mother’s March 16, 2018 speech at the Famicon, Las Vegas, which I consider a “sermon on the mount.” Citations: The passage from the Q&A session is from a hard copy in my possession. It is on page 4 and 7 of the document labeled “The Master Speaks on the Lord of the Second Advent—MS-1(2)” www.tparents.org has the first half of this session, but not the second. I will send it to Gary Fleisher for publication. The Principle passage is from Exposition of Divine Principle p. 12. True Mother’s words at Famicon are found at https://familyfed.org/true-mothers-words-on-march-16-2018-at-ipec-las-vegas/.)