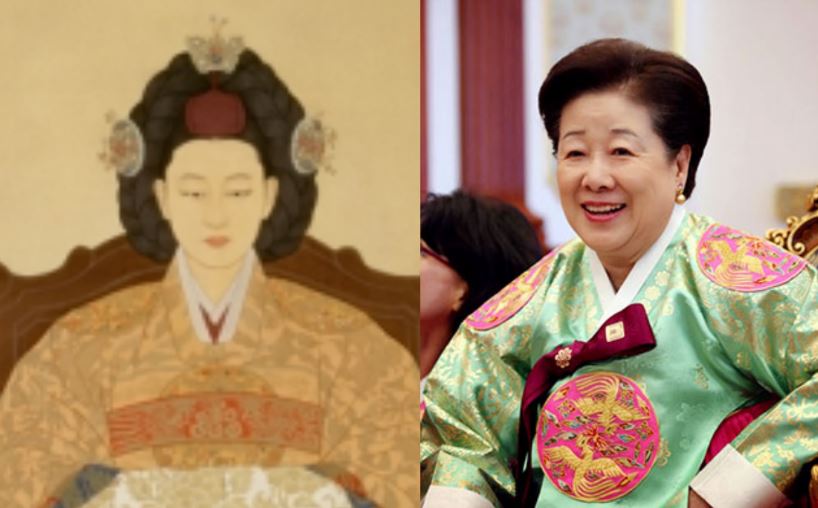 The first qualification is to be born into the chosen people. Principle teaches that God chose Korea to receive the Second Advent.

True Mother has emphasized the importance of her being born of the Han people.

True Father taught that Korea’s origin was in the Han people. “The Han clan preceded even the Gojoseon era,” he said, “There we can find the origin of the Korean people, from a time even earlier than the Gojoseon era.”

Korea was known as “the hermit kingdom.” For millennia, like a modest bride, similar to Old Testament Israel, she intentionally separated from other nations.

Once a year, the Korean court sent a delegation to Beijing. In the 1700s, the delegation met Catholic priests there. The delegation—not the priests—brought Catholicism to Korea. For a century, Koreans practiced Catholicism without priests.

Korea’s opening to the West came through the leadership of an illustrious woman, Empress Myeongseong. Known as Queen Min, she ruled as Queen Consort to a weak husband, King Kojong.

In 1883, Queen Min sent a delegation to the United States. Its leader returned with this report:

“I was born in the dark. I went out into the light, and, your Majesty, it is my displeasure to inform you that I have returned to the dark. I envision a Seoul of towering buildings filled with Western establishments …Great things lie ahead for this Kingdom, great things. We must take action, your Majesty, without hesitation, to further modernize this still ancient kingdom.”

Western Christians rapidly established schools and churches in Seoul. Even more rapidly, women shamanists called “mudangs” adopted Christianity. Referred to as “Bible women,” they took the Gospel into the hinterlands. The resulting independent, spirit-led churches were “God’s preparation for our church.”

Tragically, in 1895, Japanese agents, abetted by reactionary Koreans, assassinated Queen Min. But the social revolution she instigated created the environment for an even greater woman leader to appear.

(Citations: Exposition of Divine Principle, pp. 159, 396 ff.; May You Blossom, My Beloved, p. 22 [2009.08.22, 2009.06.03] In 2009, True Father stated, “I am now working to systematically organize all the material that I have compiled and publish a book about the ancient history of Korea, one that does not treat Korea in isolation but demonstrates its links with the history of other Far Eastern nations.” [Ibid., p. 23]. For a brief account of Queen Min, see https://en.wikipedia.org/wiki/Empress_Myeongseong. For more on the independent, spirit-led churches, see “God’s Preparation for Our Church, and Its Early Days,” in God’s Will and the World, p. 391 ff. The 1999 painting of Empress Myeongseong is by Kwon Oh Chang, and can be found at http://www.newswire.co.kr/newsRead.php?no=463557&picno=193780&ected=.)