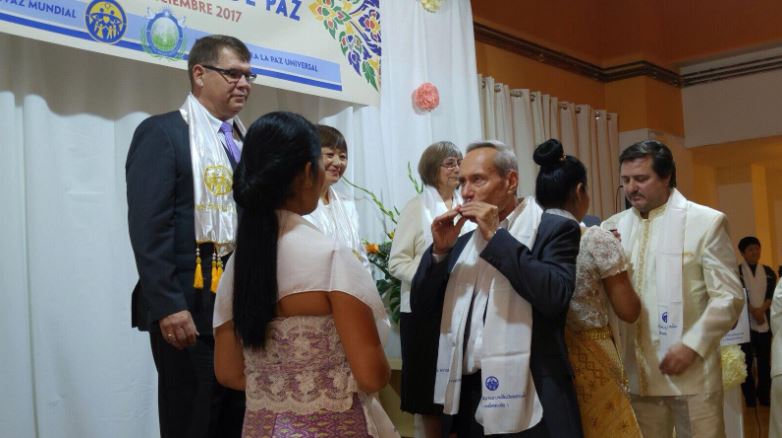 When the younger’s sacrifice turns the elder’s anger into an embrace, God forgives the elder.

We call it the culture of heart.

We are to set up the core tradition to have its own culture.

Father continued that “with the whole world in such chaos, confusion and turmoil, …God is working behind the human scenes to put all those things in order centered on a certain figure of His choice.”

That figure of His choice is our True Parents, and order comes when we, the struggling and sorrowful elders, surrender our heart through the marriage Blessing.

The Blessing bestows the honor and responsibility of priesthood, with conditions. The first condition is that we continually separate from Satan by attending God through True Parents. Thereby we substantiate the position of the eldest son.

Second, we accept the responsibility of priesthood. The Blessing vows themselves call us to serve as priests to our own children. With in-laws, we work out tribal priesthood. Public process lifts particular couples to serve as high priests, to mediate the offerings of the nation and world.

Third, we love others at the cost of our life, receive their offering, and convey it to God through True Parents. We represent these others before God—we report, advocate and mediate—and recommence the cycle by allowing the grace of God’s forgiveness, blessing and guidance to pass through us to others.

With in-laws, we work out tribal priesthood.

On this foundation, we understand True Mother’s statement that “There are High Priests in each nation [and] regarding the providence as a whole.”

“Establishing the tradition centering on True Parents,” she said, “the eldest son’s line will carry this mission through the generations. …the person standing in the position of eldest son can become a central figure in carrying on the tradition. In simple terms, this son stands in a position akin to the High Priest.”