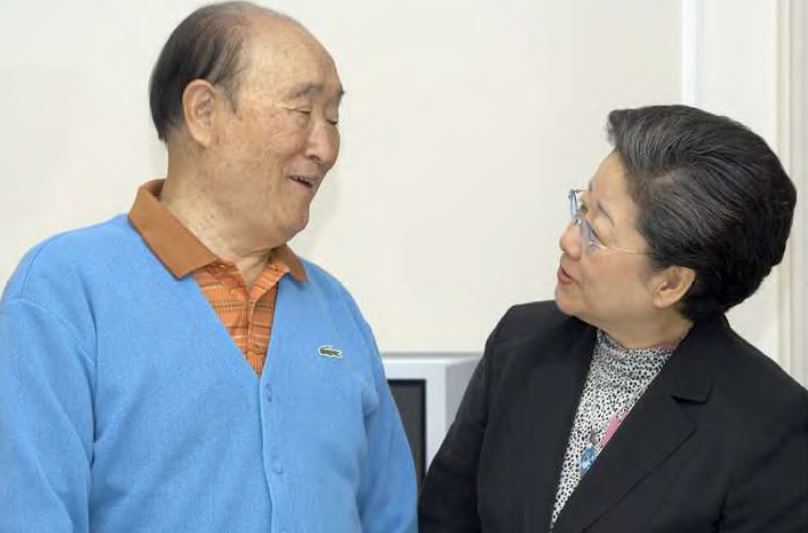 We are working through True Father’s five-sentence “heretic and destroyer” statement, and have reached the third sentence.

The King of Kings is one being, God, and the True Parent is one person, one parent.
The people of ten thousand generations are likewise the citizens of one lineage, and the children of one Heavenly Kingdom.
The headquarters of cosmic peace is also one absolute and unique headquarters.
Its representative body and heir is Moon Hyung Jin.
Any other person is a heretic and destroyer.

True Father has taken us from One God to One Kingdom and now, One headquarters.

The word “administrate” comes from “minister.”

A headquarters is the central administrative office for an organization. The word “administrate” comes from “minister,” which means “to attend to the needs of someone.” As one would expect, “the Latin word minister means ‘servant.’”

It is not easy to serve God and the people, to translate the direction of the One into the lives of the many. To make it work, each of the many has to be a child, what Jesus called, a friend.

“I no longer call you servants, because a servant does not know his master’s business. Instead, I have called you friends, for everything that I learned from my Father I have made known to you.”

What Jesus made known is that the master’s business is to love. It is to live for the sake of others.

Jesus gave an everyday example. When you are invited to a wedding feast, “take the lowest place.”

Doing so displays the virtue of humility. The power to put others before self comes from knowing that one’s relationship with God is absolute and unique.

Lucifer did not value his absolute and unique relationship with God. So he compared himself with Adam.

Likewise, Peter compared himself to John. Peter asked Jesus, “Lord, what about him?” Jesus gave the Principle answer: “what is that to you?” and then a simple direction: “you must follow me.”

“For he who humbles himself,” Jesus said, “will be exalted.”

Each citizen is absolute and unique, and is responsible to take the last seat. To have the attitude of the prodigal child who is eternally grateful just to be in the parents’ house.

“When your host comes,” Jesus concluded, “he will say to you, ‘Friend, move up to a better place.’”

“For he who humbles himself,” Jesus said, “will be exalted.”

Yes, headquarters service requires talent and training. But more than that, it requires the heart to take the last seat, to put others before oneself, to be grateful to serve in the Parents’ house, to follow, to be the sacrifice.
(Citations: https://www.vocabulary.com/dictionary/administer; John 15:10-15; Luke 14:10-11; John 21:21-22.)