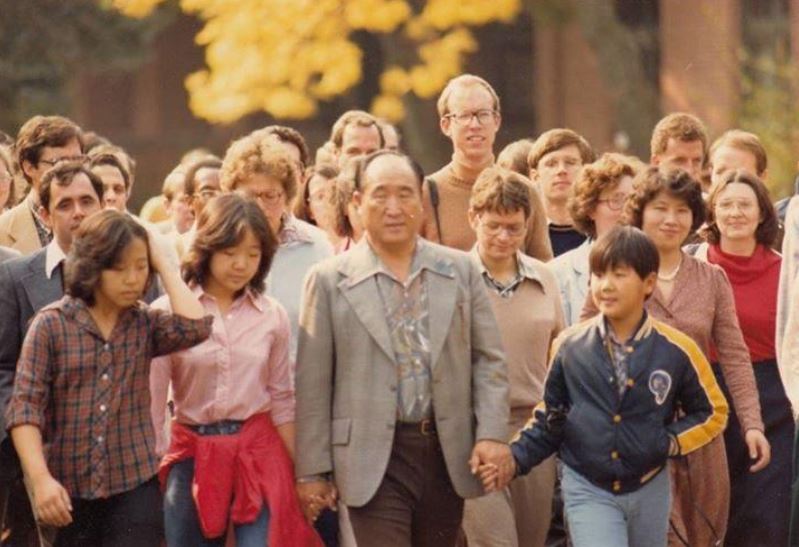 In the video of True Parents and Hyung Jin Nim discussing the “heretic and destroyer” statement, True Mother uplifted a core principle of restoration, that authority is with God and that God vests it by calling a person to a position.

From True Parents’ position, dealing with a central figure’s failure, they were applying the principle:

“When a central figure in the providence fails his responsibility to restore the foundation for the Messiah, the providential period centering on that person comes to a close. Yet, since God has predestined the absolute and eventual fulfillment of His Will, He chooses another person to carry on the mission.”

God has predestined the absolute and eventual fulfillment of His Will.

God will always go forward. True Father taught this many times. For example, in 1965:

In that 1965 talk, True Father mentioned two biblical exemplars of “the responsibility of the position”: Jesus and Isaac.

Jesus and Isaac’s hyojeong led them to face death. They overcame death; they subjugated Satan. Jesus, sent to die on the cross, spiritually separated faithful believers from Satan. Isaac, on the altar with the knife raised in his father’s hand, was “severed of all ties to Satan.”

Then True Father said that his followers make the same condition when they commit to lifelong love with “the person whom you hate most.” To love one’s enemy is “to be perfect as your heavenly Father is perfect.” It is evidence of absolute hyojeong before True Parents.

Create the Heavenly Kingdom under the bitter circumstances of hatred.

True Father elaborated: “If you would create the Heavenly Kingdom under the bitter circumstances of hatred, you are destined to be a leader in the Heavenly Kingdom. …If you create a kingdom with a partner you like, you will be a citizen or a resident but not a leader. Which do you prefer? …Always, you should be trained under the Divine Principle. Then you are free from the satanic organization. Then Satan has no door.”

True Parents will put those they love on the cross or on the altar. When we exalt their love from that position, we separate from Satan, comfort God’s heart, and indemnify the failures of many.