Search
Home True Parents' History and Ministry An Introduction to Dr. Moon More Than a Head of State 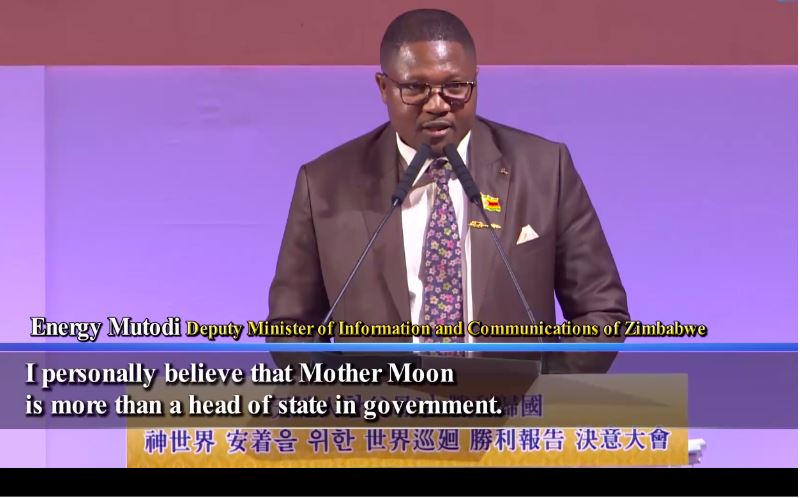 True Father and True Mother are eternally one with the eternal God, centered on true love. They share rights of equal participation, equal authority and equal ownership.

A woman enjoying such a position is disconcerting to some, just as a teenage girl’s holy marriage to her 40-year old pastor was disconcerting to some. In the same way, Jesus—a lonely, unknown, illegitimate son thinking he was the Messiah—was disconcerting to some. Lacking faith, True Father once said, those surrounding Jesus “[looked] at him through human eyes. …When someone is invaded by Satan, he loses all spiritual support and inspiration. Trust in God, as well as a sense of gratitude to Him, is lost.”

In 1960, it was eyes of faith, not human eyes, that saw Father Moon’s marriage from God’s viewpoint. With absolute faith, that teenage girl, Hak Ja Han, arose under her husband’s messianic wings to stand on the world stage. This month, she completed a world tour with a speech to guests from America, Africa and Asia, together with several thousand Korean dignitaries and followers.

And the eyes of faith are needed no longer, she intoned, for “We are living in a time when we can see the fruits of the providence before our eyes.”

Indeed, on her tour she had been honored by governments, one representative of which told those gathered, “I personally believe that Mother Moon is more than a head of state,” and another, “I bow my head to the apostle of peace, to the divine daughter of God.”

Okay, True Mother said; then take action! “Now what you have to do is transform people’s hearts. No matter how much power a current leader has, without people, they cannot be a leader or a king. So I will have the people educated to receive the Blessing and become blessed families whom God can love freely. That path will restore nations, and that restored nation’s people will know the path to become God’s children.”

In addition to giving spiritual life, parents give physical life. True Father developed the Unification Church on the national level in Korea by ministering to both spirit and body. He gave God’s solutions to the practical challenges his country was facing. True Mother is doing the same. At that gathering, she called those gathered to implement True Father’s model on the national level everywhere.

And what was True Father’s model?

(Citations: “View of the Principle of the Providential History of Salvation,” April 16, 1996, https://www.tparents.org/Moon-Talks/SunMyungMoon96/SM960415.htm; True Mother’s words at HJ Cheonwon, upon returning from her world tour, December, 2018.)