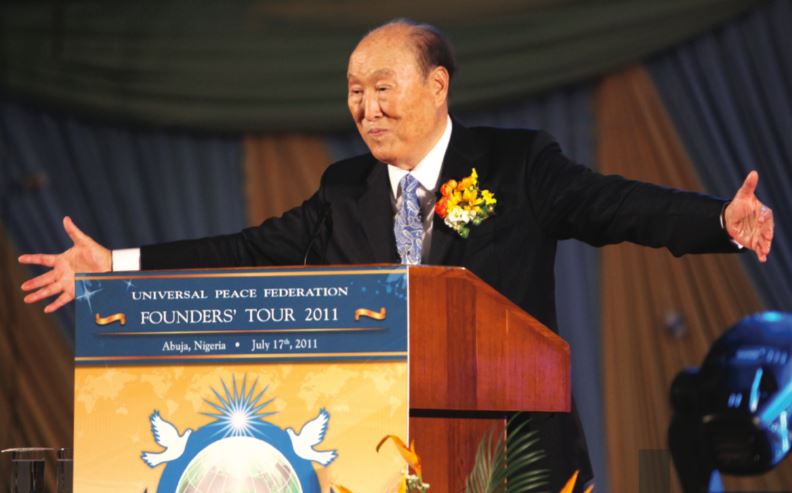 “Compared to the developed countries,” she said, “Zimbabwe, South Africa, and Nepal …are at the bottom, but when we look at them from Heaven’s providence, they will be the first. Our Korean Family Federation should help these countries improve their standard of living. I would like …the blessed families in Korea and Japan, in particular, to help these people become healthy blessed families who can fulfill their responsibilities through the Sae Maeul Movement and the Sae Maeum Movement to transform their lives. And we will show the world that countries united with God can become first class nations that are healthy and stable.”

“Father originated the style of work that was adopted and used in the original Sae Maeul activities. We performed service projects in local villages and taught young people [and] housewives …, actually any of the villagers. …It was through our movement’s efforts that illiteracy was eventually eliminated. We served as well as taught. This was a type of educational, enlightenment activity. That local level activity was our original way of doing things… The government became interested in this and further developed it. But we always emphasized not only external education, the Sae Maeul Movement, but also the Sae Maeum Movement—internal education as well.”

Father’s goal was to raise patriots who would sacrifice for the nation. He explained: “We have been engaged in efforts to enlighten people in the provincial areas by conducting Divine Principle workshops and counseling them on how to live. Each group of three …must take responsibility for teaching Divine Principle, counseling people and promoting the enlightenment movement…. If college students go to rural communities and take charge of the education of middle school students, they will come to grasp the situation of farm villages and feel a spirit of patriotism as well. We should leave behind a true doctrine that teaches young people to sacrifice for the nation.”

The Sae Maeul and Sae Maeum movements were True Father’s path to bless his nation and are True Mother’s plan to bless the world. On her 2006 speaking tour, she spoke of it often. More soon.