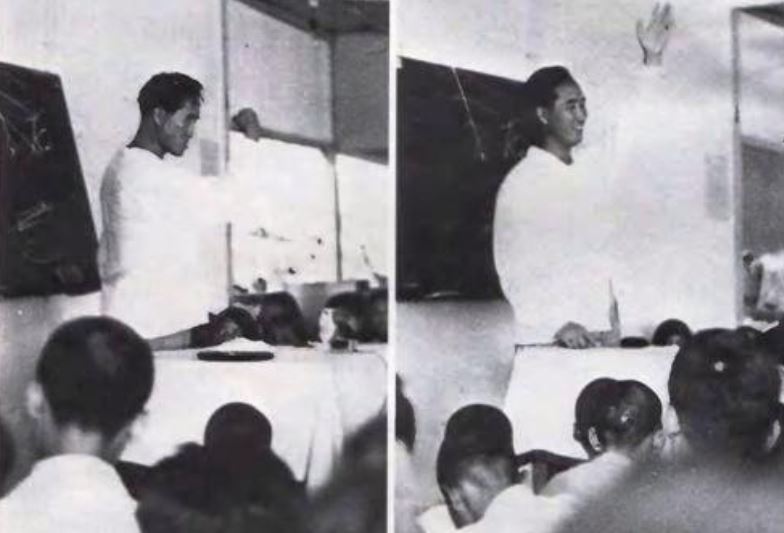 The Sae Maeul and Sae Maeum movements were True Father’s path to bless Korea and are True Mother’s plan to bless the world.

In contrast to Mr. Gray’s diplomatic style, True Father was blunt: “I told …President Park to do the Sae Maeul movement. He took the ideal from me.”

In her mid-2000s speaking tours, True Mother encouraged members to apply Father’s method to the restoration of their nations. For example, in Tanzania:

“Korea in the 1950s …was in a more difficult situation than this country is in today. At that time, True Father mobilized a small number of people and created the basis for national revival. …True Father carried out a nationwide enlightenment movement centering on middle and high school students. He taught those in rural areas to read and focused on the agricultural movement. On the foundation thus laid, today’s Korea was able to join the ranks of the advanced nations. …Africa desperately needs to pure love movement and the true family movement. You should carry out the work of newly purifying Africa through the New Mind, New Life Campaign and the New Community Movement.”

She encouraged our members in Kenya: “You are in a position of innocence. …Though you may not own much externally, you possess a lot internally. …The time has come for you to carry out the New Mind, New Life Campaign and the New Community Movement. Each of you should have a sense of ownership, and work hard with the thought, ‘This is my country.’”

She gave all glory to True Father: “You should take an interest in how the Korean Church was able to grow in the beginning time centering on True Father. …One person can move and change the world. True Father alone created the basis upon which the world can be changed.”

It was decades ago, but Father’s Sae Maeul and Sae Maeum movements are fresh in Mother’s mind.