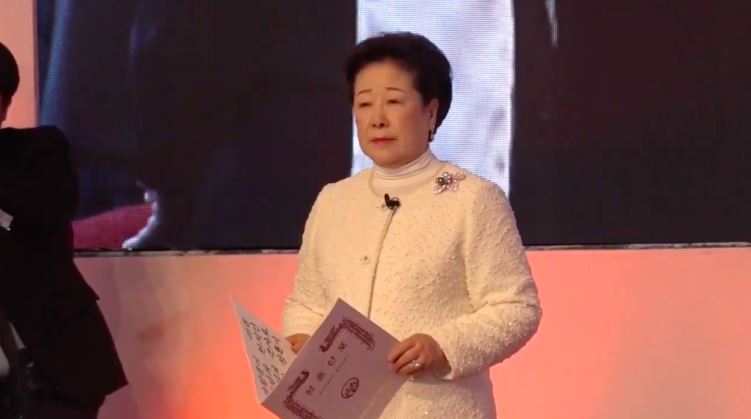 Sun Myung Moon is a revolutionary, and the revolution begins with God’s providence not being about him.

The revolution is about her.

It is to realize the image of God, male and female.

He said very little about the Bride.

The revolution is about her.

But what he did say about the Bride is priceless, for it cast the vision for the work of True Parents over the decades, and of True Mother today.

In 1956, Father cried out, “The Holy Spirit could not possess a substantial body until now …When will there be the appearance of the substantial Holy Spirit on the earth who can become the bride of Jesus?”

“After the resurrection of Jesus, Mary Magdalene was in the position of the bride. Yet when she tried to touch him, Jesus could not help stopping her. This was because she did not have the bridal qualifications through which Jesus could receive her.”

And the key question is, what are the “bridal qualifications” through which Jesus could receive her?

Father’s answer: “Satan’s accusations will be dropped only when the bride stands in the position where she indemnifies all the historical grudges and speaks the Word of perfection while alive.” And then he declared, “The providence will end only in this way.”

So True Father said that the end of the providence of restoration will come when a woman stands in the position of the bride, indemnifies all historical grudges, and speaks the Word of perfection.

Which is exactly what True Mother has been doing since 1960 and is continuing to do today!

But does the completion of the providence depend solely upon the bride?

A four position foundation, centered on the bride.

He continued in his sermon, “The history of God seeking the bride, who is the object being representing such love, is the 2,000-year providential course.”

So True Mother today is telling us what Father said in 1959, that the whole point of Christianity’s 2,000 year history is to receive the Bride, the only begotten daughter, as its central figure.