Search
Home True Parents' History and Ministry An Introduction to Dr. Moon Fulfilling the Mission of the Bride 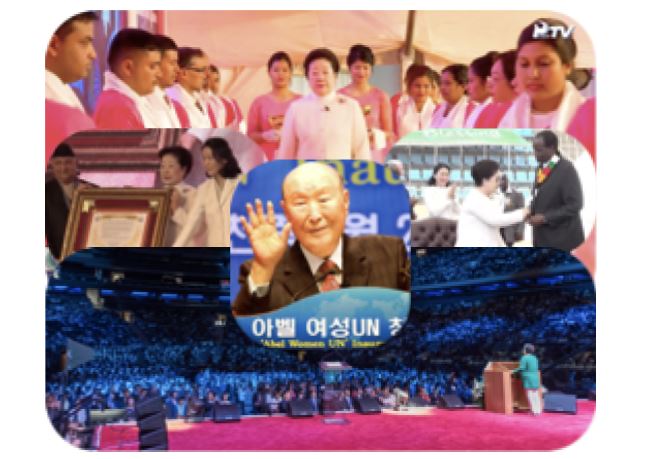 Our last article presented True Father’s 1950s viewpoint that the providence would be completed centered on the bride who ends all historical grudges and speaks God’s perfect Word.

The event was the launch of “the Abel Women’s UN.” Let’s begin with Father’s prepared speech.

First, he identified his couple’s mission as God’s original mission for Adam and Eve: “From our early days, my wife and I have upheld Heaven’s will and proclaimed the vision of the peaceful world originally envisioned at the time of the Creation.”

He then described two shortcomings in the fallen world’s striving for peace until now.

One, it is managed mostly by men utilizing the reins of government: “In history up to now, we have depended on governmental organizations mostly managed by men to bring about global peace.”

He responded by calling for “a new system to resolve problems” through non-governmental organizations mostly managed by women.

Two, turning to women’s striving for justice, women have adopted the masculine model, creating “an external, political and aggressive women’s rights movement mainly targeting men.” As a result, “Men and women …confront or contend with each other, because they [seek to] imitate the characteristics, dispositions or roles of the other [and] to covet those things and take them by force.”

In other words, women’s strategy to find peace was based upon war—confronting, contending, coveting, taking. Rev. Moon then set forth a new model, based upon peace.

With true love, women will obtain all things naturally and effortlessly.

It is wonderful for women to gain education and take leadership in the political and economic system, but that all is “epiphenomenal,” as Marxism puts it. It will bring happiness to women, as well as to men, only on the foundation of true love.

And with true love, women will gain all things naturally and effortlessly.

That’s what Father’s Abel Women’s UN speech was about, and True Mother is putting into action.