Search
Home True Parents' History and Ministry An Introduction to Dr. Moon Does a Woman Make a Man More Complete? 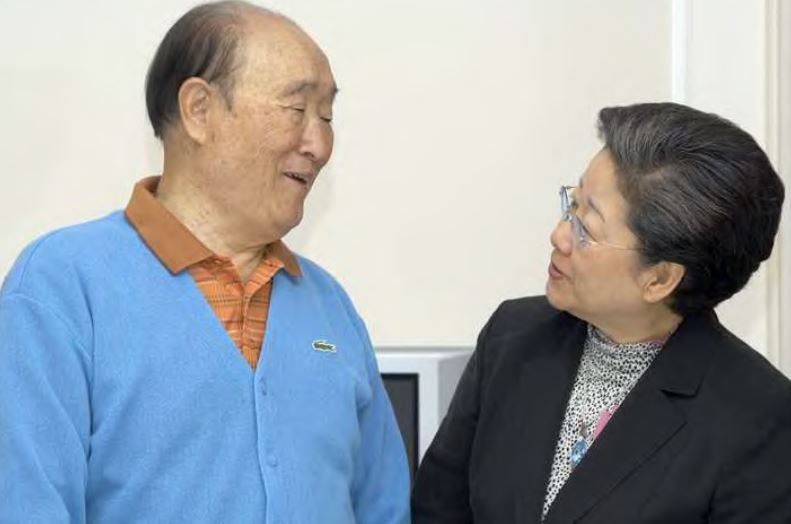 Education and position in a political or economic system are not absolute values. They by themselves don’t lead anyone, man or woman, to happiness.

Rev. Moon speaks of the one universal principle.

In his Abel Women’s UN speech, Rev. Moon speaks of the one universal principle by which women and men alike achieve absolute value and happiness: “giving what they have to the other with true love, and completing the other.” By doing so, the two “unite in a greater whole.”

Based upon this principle, he advises, “Beloved woman leaders, you are not here merely to help or to be protected by men.” That is, women aren’t men’s servants in a world where might makes right. “Rather,” he continues, “you are independent individuals.”

Independent means self-governing, autonomous, owning, and responsible for, one’s life. But he qualifies this affirmation. The way women are independent is “as representatives of the feminine aspect of God’s nature.” Only by representing God is anyone, man or woman, independent.

Now, this opens up a vital understanding not only of independence, but of God: God has a feminine aspect, and women represent it.

Rev. Moon went on to declare that women, representing God’s feminine aspect, “make men more complete and manly.” An individual man is complete—yes, but by the logic of love, he has room to become more complete.

A wife turns a man into a God-like being.

A wife does not just make a man more complete, but more manly. By himself, a man is just one among many. But complementing his wife, a man’s masculine traits manifest their original value. A wife turns a man into a representative of God’s masculine aspect, and a husband turns a woman into a representative of God’s feminine aspect. Each becomes absolute to the other. Rev. Moon calls this “absolute sex,” and he concludes, therefore that “men and women are absolutely equal in terms of value.”

This has ramifications for the economic and political framework of an ideal world. And politics and economics are important. We’ll talk about next.

(Citations: “Keynote Speech at the Inauguration of the Abel Women’s UN,” in Pyeong Hwa Gyeong, pp. 981-2.)