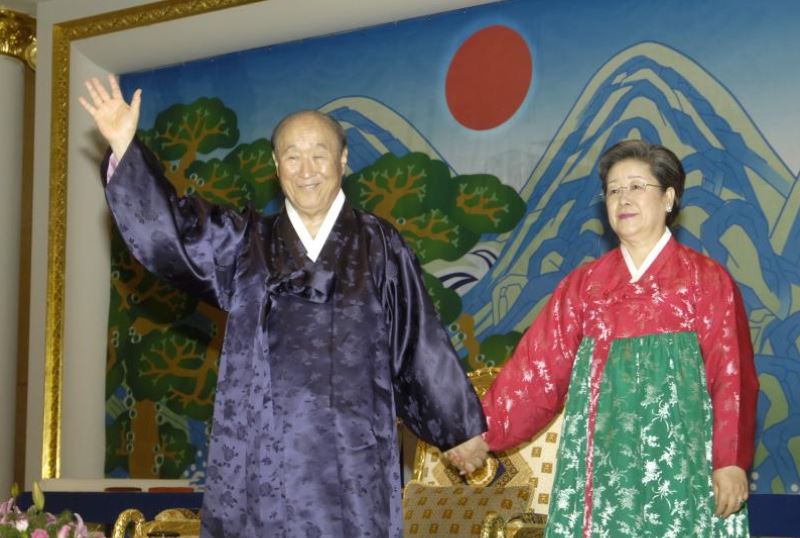 In his inaugural address to the Abel Women’s UN, as Reverend Moon called us to unite the spiritual and physical worlds, he stated that Heaven had proclaimed the date of Foundation Day.

The date of Foundation Day was the will of Heaven.

“We are living in a historic time …to unite the spiritual and physical worlds …Heaven has already proclaimed that the thirteenth day of the first month in 2013 by the lunar calendar will be its Foundation Day.”

And he linked Foundation Day to the new organization:

“We have Foundation Day, D-Day… We now have less than a year. Heaven will bless your endeavors to establish a world of peace based on the Abel Women’s United Nations.”

As he said this, Rev. Moon extemporaneously revealed new information about his encounter with Jesus:

“When I was 17 years old …, a person called Jesus came to call me ‘Elder brother Yong Myung.’ I said to him, ‘Who are you?’ He said, ‘I came here today to go with you to join the marriage. I know it will be difficult for you but what do you think if you join me in being married?’”

…and called proclaimed the centrality of Heavenly Mother:

“There have been many religions which believed in Heavenly Father but don’t have a concept of Heavenly Mother. That has been a shameful fact. We haven’t had ‘mother.’ People have said ‘Heavenly Father,’ but who can fix the problems among religions and restore the authority of the country?”

He tied this all together centering on his wife, Dr. Hak Ja Han Moon:

“We must define what it is to be True Mother and True Wife through attending True Mother… I will put Mother in the position of the wife of Adam who represents the Creator, I have been recreating Mother throughout my life so that I can present her in front of the whole world with such a status, even if they strongly oppose it.”

…and stated the Abel Women’s UN mission: “creating a true family movement that emphasizes living for the sake of others …in conjunction with education in proper values.”

The priority of the Abel Women’s UN needs to be creating a true family movement.

POSTSCRIPT: Beloved Brothers and Sisters, today’s blog article brings to a close two and a half years of continuous True Parents Way online publication. TPW will remain online as an educational repository. To stay current on God’s providence, I recommend the websites found on the bottom of the screen at http://www.trueparentsway.com/about/. The TPW team will continue to serve as God calls us, including at https://bfm.familyfed.org, http://familyfed.org/education/, and https://heavenlytribe.org. For more information, please listen to the podcast from last Thursday, “An End and a Beginning.” From our team, Brian, Ijin and Tyler, to you, all God’s blessings in the new year.