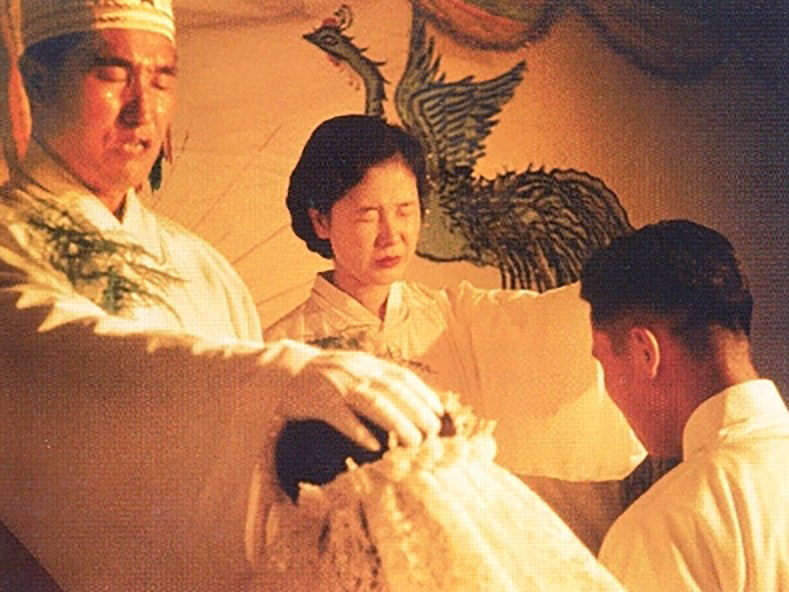 The teachings of the Old and New Testaments tell us that the Messiah comes with the authority of the Father to meet the person in the position of God the Mother, who is the substantial form of the Holy Spirit, and restore the position of the True Parents.

After the marriage supper of the Lamb prophesied in the Book of Revelation, the bride and bridegroom will pass through the stage of true husband and wife and become True Parents. (2004.04.19, Pyeonghwa Gyeong, p. 1441)

Jesus’ call to the banquet

I realized that I wasn’t alone: when I faced some difficulties, I heard the absolute voice in the air that said “Don’t move.” So I became a person who could live with the absolute voice, which no one else knew.

When I was 17 years old while living such a life, a person called Jesus came to call me “Elder brother Yong Myung.” I said to him, “Who are you?” He said, “I came here today to go with you to join the marriage. I know it will be difficult for you but what do you think if you join me in being married?” (2012.07.16, Abel Women’s UN Inauguration)

In the Bible we read a passage, “My soul still seeks but I cannot find: One man among a thousand I have found, But a woman among all these I have not found.” (Eccl. 7:28) God has searched for 2,000 years to find the Bride.

Jesus emerged as the true Son, but there is no mention of the true Daughter anywhere in the Bible. That is why God’s Will was not realized. For this reason, the 2,000-year history of Christianity has been to find His Daughter. The Holy Spirit came, but it represents this daughter of God only in spirit. God’s bitter sorrow over this matter will be dissolved on the day that the Marriage Supper of the Lamb takes place. (1959.10.11, Chambumo Gyeong Book 1, Ch. 2, Sec. 1:7)