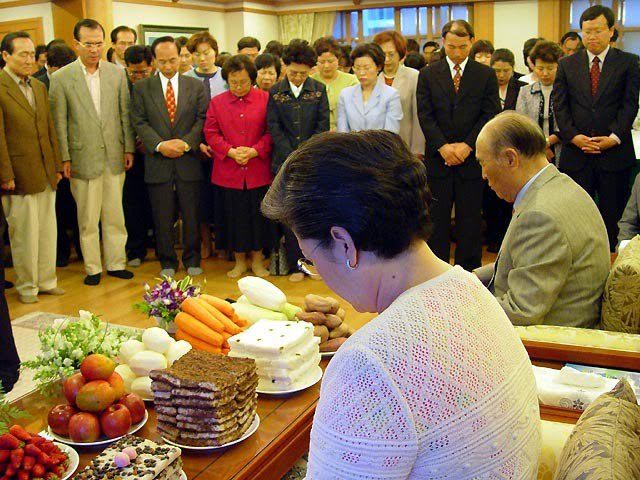 Because it was a crucial time for Mother to fulfill her responsibility, Mother went around the world holding the “Rally for the Advancement of the Globalization of the True Family.” In China it seemed it would be impossible to hold the rally, but Heaven worked to make it happen. Mother made various conditions by which Heaven could not but help us. Mother established the condition through the 80-city speaking tour to make even Satan surrender to God, True Parents and humankind. (Chambumo Gyeong 12-4-3 9, 1999.06.12)

Through the “Rally for the Advancement of the Globalization of the True Family” in 80 cities around the world, True Mother won a supreme victory over the highest level of Satan’s world. She entered into this position based upon recognition by God, Satan and all people that she had fulfilled her responsibility as the True Mother.

Starting with Christianity, she has gone beyond the realm of religion and has achieved victory. Therefore she can occupy and act from the precious position of Eve whose mistake in front of Adam has been restored. I will proclaim this to heaven and earth.