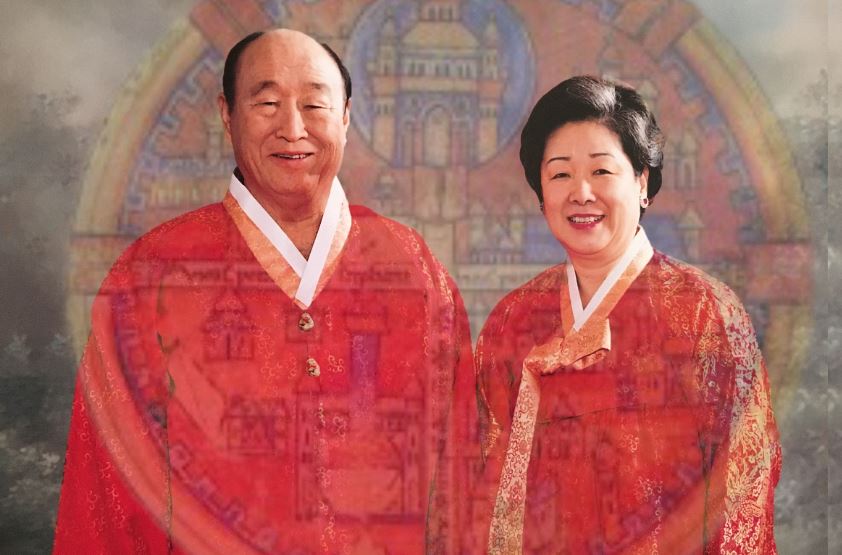 There is our Mother!

I held a public ceremony to recognize True Mother’s achievement. She is worthy of recognition by both the Unification Church and the Creator. You have to say, “There is our Mother! She is the same as Father!” I have been the right side of God, but now I have set up Mother as the left side of God. God thus far has appeared symbolically. However, now God appears in His embodiment—True Father, and True Mother has appeared as his partner. Therefore, the substantial kingdom of heaven on earth and in heaven can be established. (Chambumo Gyeong Book 12:4-3-7, 2003. 08. 04)

King and Queen of Peace

All blessed families should give Mother an award

With the Enthronement Ceremony of the Parent of the Cosmos and the Parents of Heaven and Earth Who Reign Over the Blessed Families as the King and Queen of Peace and Unity, the incorporeal God assumes corporeal substance as the True Parents, the image of God; also the True Parents, who live in the earthly realm, ascend to the throne of the incorporeal Parent in the heavenly world. The time will come when God will give me an award. When He does, I will pass that award to Mother. Then, all blessed families and all Unification Church members in heaven and on earth also should honor Mother by offering her an award for her victory. (Chambumo Gyeong Book 13: 1-2-13, 2003.12.23)