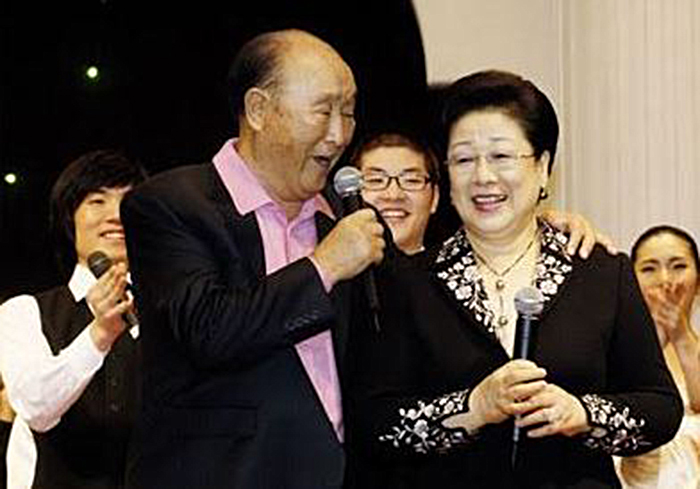 There have been many religions which believed in Heavenly Father but don’t have a concept of Heavenly Mother. That has been a shameful fact. We haven’t had “mother.” People have said “Heavenly Father,” but who can fix the problems among religions and restore the authority of the country?

We must define what it is to be True Mother and True Wife through attending True Mother who is the victorious representative of all women around the world. We don’t have a woman yet who can represent the Abel Women’s UN. Since Adam couldn’t fulfill his responsibility, he lost Eve. Eve kicked out Father, heaven and earth, and I have found and educated Mother preparing her to attend. With the strong determination that I will put Mother in the position of the wife of Adam who represents the Creator, I have been recreating Mother throughout my life so that I can present her in front of the whole world with such a status, even if they strongly oppose it. (2012.07.16, unofficial notes of Father’s extemporaneous words)

All husbands and wives share position, participation and ownership

In the end, the problems afflicting humanity can only be resolved through the worldview of one family under God, which is the system of thought based on true love that my wife and I, the True Parents, have learned from Heaven and have championed and taught throughout our lives.

Men and women who unite through the true love inherent in the original ideal share the same position. Also, they attain the right to accompany each other wherever they may be. Furthermore, they attain the ideal right of inheritance, where all their property belongs to each equally. Thus, when the original love unites men and women in God’s ideal of true love, they become completely equal beings, focused on true love, by sharing the same rank and the right of participation and their possessions with one another.

I sincerely ask you to choose True Mother’s path, the path of a true wife, of a true daughter and of a true woman leader who will build a unified world where freedom, peace and happiness overflow in its truest form. (2012.07.16, Pyeong Hwa Gyeong, pp. 976-82)