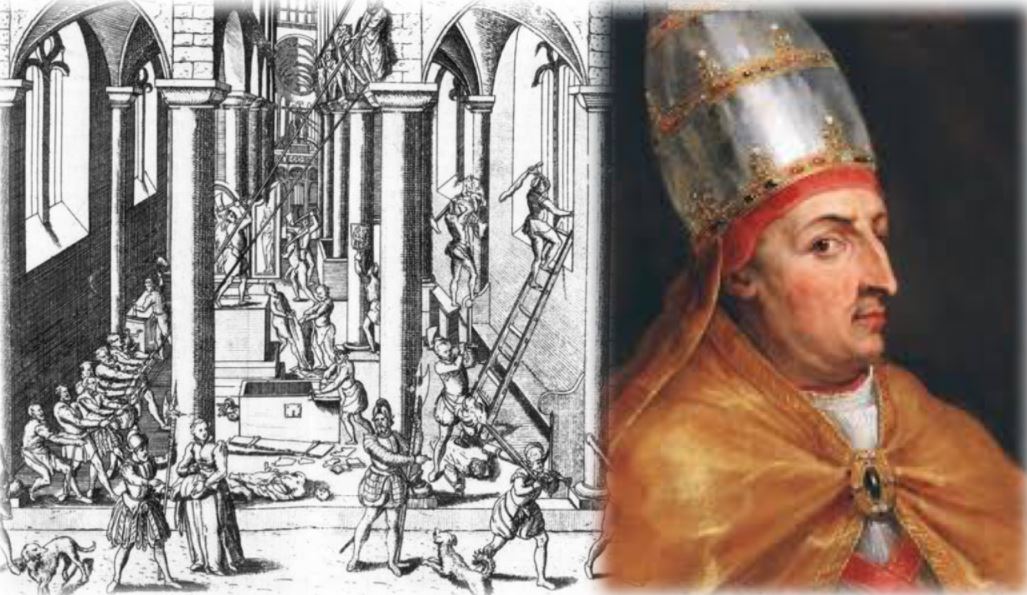 Vertical governance has its troubles.

They also have a tremendous amount of responsibility. They lead the institution, keep it intact. They work very hard, and naturally repel elements that would harm the institution that is ordering their lives and the lives of so many others.

Those at the central point are successful, protected, blessed, all-powerful.

Hence they resist change. If the central point wobbles, the entire institution, they fear, will collapse and chaos will ensue. Exposition of Divine Principle, speaking of the breakdown of the Catholic order, acknowledges the “internal tribulations …a profusion of philosophies and theologies, causing great confusion in the Christian faith and turmoil in people’s spiritual lives.”

Now, this is well and good if the institution has perfect ideals, principles, values and methods. But the fallen world does not, and so, sooner or later, vertical institutions become grandly-devised prisons of the human spirit. “In the late Middle Ages” says the Principle, “man’s original mind was repressed, its free development blocked by the social environment.”

In reaction, “medieval Europeans were prompted by the impulses of their innermost hearts to break down their social environment to open the way for the restoration of their original nature.” (p. 348) Every believer is a priest, Martin Luther said, destroying religion’s vertical order.

The new vertical order came from the secular democratic state, and Principle categorizes two types of democracy, based on how they deal with religion.

Unlike Europe, the United States had vast, boundary-free lands open for development.

Cain-type democracy expropriates the role of religion. Abel-type democracy separates religion into a separate sphere and assigns to it the task of creating conscientious people. The great feat of the United States was to allow a multiplicity of religions and free them from political control.

Unlike Europe, with a web of borders surrounding settled lands, the United States had vast, boundary-free lands open for development. Into this environment, Americans injected Enlightenment values of empiricism and free thought together with the Protestant sense of personal priesthood and distaste for vertical institutions. Christianity flourished and shaped an entire society in its image.

We’ll explore this horizontal model next.

(Citations: Exposition of Divine Principle pp. 327, 348, 359-61. The illustration combines a picture of Protestants pulling down the statues of Catholic saints and smashing stained glass windows with a portrait of Pope Nicholas V, 1447-55.)