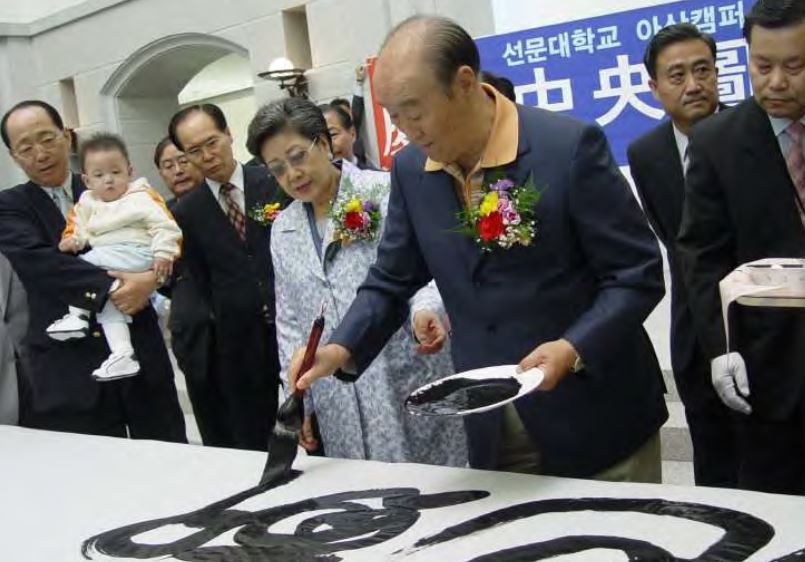 We’ve seen that the vertical system of governance builds an organic body of humankind encompassing earth and heaven, centering on parent figures, and provides a formula course to navigate the two worlds. Its weakness is that its parents are not yet True Parents. Lacking true parent-child love, the system hardens and worships itself. Seeing change as challenge, it suppresses God’s prophets.

The horizontal model introduces the individual’s direct object partnership with God, freedom of religion, and marriage as the ideal. Its weakness is that its families are not yet true families. Lacking true man-woman love, the individual succumbs to self-worship and religions fight each other. Individualism and materialism destroy transcendent values, and the state takes over.

By establishing true parents and true families, Cheon Il Guk inherits the strengths and overcomes the weaknesses of both systems. In the Jardim Declarations, True Father proclaimed that this has been done.

“Families all over the world are transformed because the perfected Adam’s family and the families of his children have finally been realized. …The completed family based on the heavenly standard contains God, Adam, and Adam’s sons and daughters. …This is the completed four-position foundation. …This gives God direct dominion over us. Sa Sa Jeol is the proclamation ceremony connecting human beings to Heaven through the True Parents.”

“When Adam entered the kingdom of heaven, the archangel would have gone with him. Likewise, when families who have received the Blessing go to heaven, their ancestors who stand in the position of an archangel will follow them there.”

The entire cosmos is linked as one body to God.

“The entire cosmos is linked as one body to God, the True Parent of the Cosmos. True Parents are the union of the cosmos and the nation. All creation, including fish, animals, plants and the mineral world cannot be liberated and reach perfection without the True Parents. The same is true of the spirit world. …We have established the condition for heaven and earth to become one with God.”

As the center of the government of heaven and earth, True Father founded the Cheon Pyeong complex. To conclude this series, we will explore how True Mother is bringing the vision into reality.