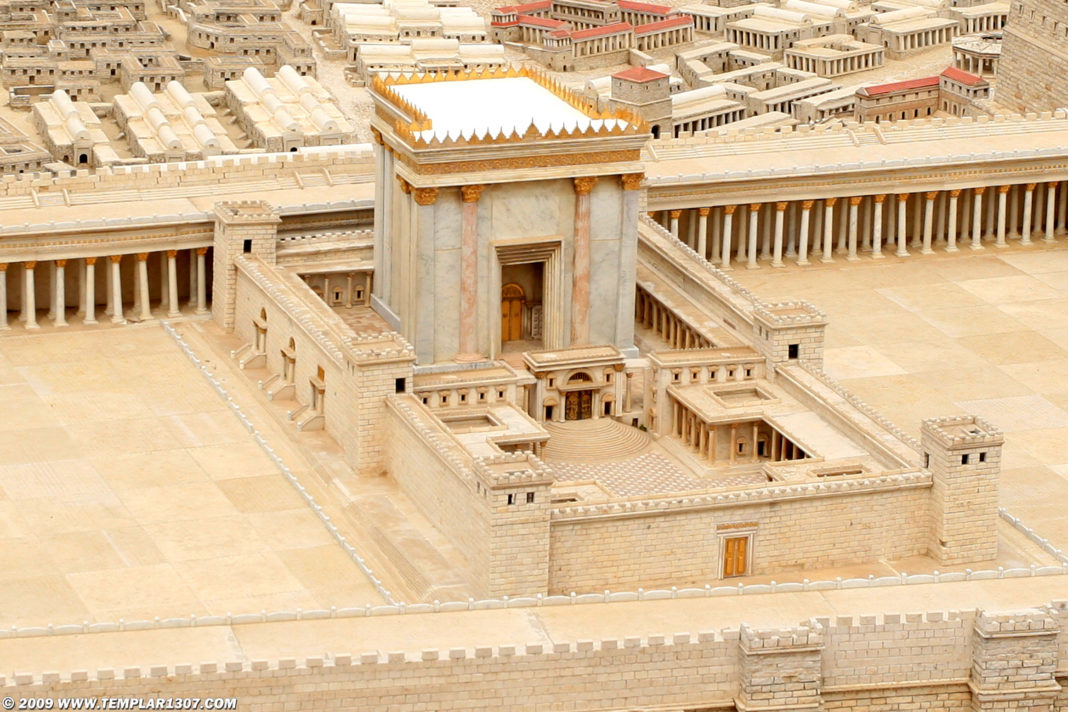 With the rejection of Jesus, God lost the Temple out of which the Messiah was to govern on earth.

As a result, Jesus said, my kingdom is not of this world. He said the chosen people were of their father, the devil. He said, render unto Caesar that which is Caesar’s, and unto God that which is God’s. He said, there is no marriage in the resurrection; we are like the angels, not loving man and woman.

With the rejection of Jesus, God lost the Temple out of which the Messiah was to govern on earth.

Through Jesus, man and woman could have celebrated blessed marriage, the nations could have entered God’s lineage, and this world’s government could have aligned with God.

This was the mission of the Jerusalem Temple.

…where the priests and scribes would have raised Jesus as, by tradition, his mother Mary was.

…where rulers of Judaism, the Sanhedrin, would have marveled at Jesus’ wisdom and received him as the Messiah, the only begotten Son.

…where the only begotten Son and Daughter would have inaugurated the Holy Marriage Blessing, exalted as the incarnate Ark of the Covenant, ruling from the Most Holy Place.

…where the God-fearing Jews from all nations would have received the Blessing.

Pilate and his wife, who knew from her dream who Jesus was, would have realized that the Blessing is the way to bring peace to the empire. Rome would have exalted the Temple, not demolished it. The Blessing would have been bestowed throughout the empire in the synagogues and all houses of worship

The kings from the east would have returned and worshiped him.

The course to restore the substantial Canaan has brought forth the Cheon Jeong Gung.

But Mary took Jesus from the Temple and the Bride did not appear. Jesus called the Temple a house of thieves; he was crucified and the physical Temple was lost.

This led to the third worldwide course to restore spiritual Canaan, in which “The most holy place and the holy place …were fulfilled as spiritual realities through Jesus and the Holy Spirit.”

The True Parents’ course is to restore substantial Canaan. They brought forth the Cheon Jeong Gung, “the royal palace, the original home in which God can dwell. …a palace built upon truth by two people. …where God can rule over everything with sovereignty.”

From here, centering on True Father at the Bonhyangwan, True Mother is establishing God’s government on earth.