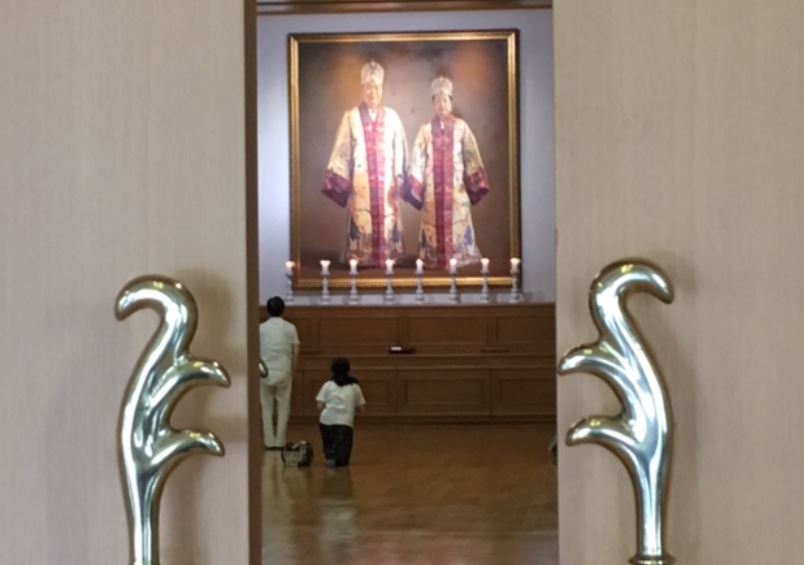 Hak Ja Han fulfilled her predestination through Hyo Jeong. She fulfilled the first blessing, which means she would, “[share] all the feelings of God as [her] own …[and] would never commit any sinful acts that would cause God grief.”

When God and man could trust a woman 100 percent, God’s Day could be established.

True Parents’ victory comes not by external abilities, but by Hyo Jeong.

When the conservative Washington Star newspaper failed, business-minded American conservatives pulled out. It took Hyo Jeong for a man, in the face of financial loss, to put God’s hope for America first and establish The Washington Times.

“Often I see your mistakes. I know them, but just watch and say nothing. For example, one leader squandered money in business ventures in Korea. So the Korean movement cast him out, but I protected him.

“Even this year he needed millions. He asked me for $150 million to do a major project I directed, and I thought, ‘that boy has even bigger guts than me.’

“Another former company head lost so much on the stock market. The True Children told me some of those leaders have to be dismissed. But I didn’t agree with their plans. They are externally right, but they do not see the internal providence.”

True Father said to his son, “Give up your positions. Stay with me for a year.”. 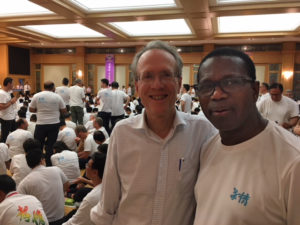 When True Father said to his son, “Give up your positions. Stay with me for a year,” he was seeking Hyo Jeong.

This August 28, as the International Leaders Meeting was about to start, True Mother told the leaders to cancel the meeting, resign from their positions, and spend three days doing chanyang singing and prayer. She called us to empty ourselves, repent, be reborn, unite with her, and unite with each other.

This is the internal providence, centered on Hyo Jeong.

(Citations: Exposition of Divine Principle, p. 34; May You Blossom, My Beloved, pp. 105-6; “True Father HDH,” August 19, 1999, Kodiak, AK, https://www.tparents.org/Moon-Talks/SunMyungMoon99/UM990817.htm. The photos are of the entrance door to the Cheongshim Won Prayer Hall at HJ Cheonwon [Cheong Pyeong], and of Dr. Abdou Gaye, National Leader of Senegal, inside the Prayer Hall during the International Leaders Workshop.)