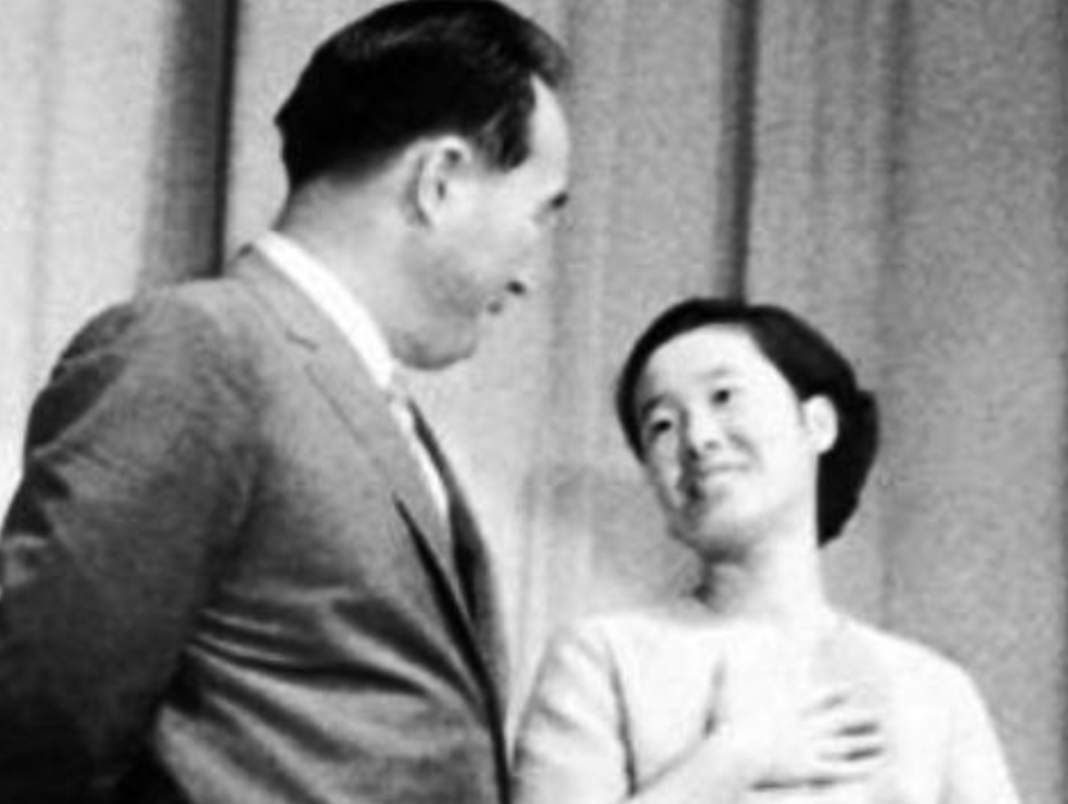 True Father, a subject of media slander, was traveling the world on a quixotic quest, an impossible dream, calling her, his innocent, selfless wife, to bear from afar the most excruciating indemnity of his life, to resolve the han of Jesus and his clan.

Was he a gentle husband?

True Father was traveling the world on a quixotic quest.

“I know you worked hard for two events during my absence,” he wrote from abroad. “However, even though we welcomed the sixth Parents’ Day, I must again impose on you responsibilities and missions to carry. …I know how grave your motherly responsibility is, bearing so many crosses. …I know that you are living in crowded and complicated circumstances. …I am concerned that in Hyo-won’s report, the lack of funds is affecting you.”

Expected to bear 12 sons, in five years True Mother had birthed three girls and a boy. One had died at eight days. No time to mourn, as some watched with accusing eyes.

True Father cast endless visions and, with them, greater burdens and responsibility: “As you carry heaven’s burden and the burden of the world, may you fulfill the responsibility of the Holy Lord who creates the realm of victory, …in whose bosom all heaven and earth long to be embraced.”

True Mother was prepared. As a child, for seven strenuous years she had helped prepare meals and clothing for Jesus and the coming Lord—whom she now received as her husband. “Let’s not give in to hardships,” she counseled, “but keep a smile on our face and think of those who would feel alone without us!”

Her course “reminds me of the past, when I toiled hard and endured long.”

Father acknowledged that her course “reminds me of the past, when I toiled hard and endured long to pave this road,” and he gave her the glory: “As I placed you in charge of the heavenly mission and set you on a path that even heaven and earth have been concerned about, it was your heart that created the path to victory.”

He affirmed that it was she who was “destined to go along with me continually in order that we may achieve the level of global Parents.”

Fulfilling Father’s word, Hak Ja Han became the Holy Lord, in whose bosom all heaven and earth long to be embraced. The two sides of the story became one.

ABOUT US
Our Mission: To inherit and magnify True Parents’ love.
Our Vision: True Parents Way builds the vibrant unity of our ever-expanding global family through articles, podcasts, courses and videos.
FOLLOW US
© Copyright 2019 - True Parents Way. All Rights Reserved.
MORE STORIES
The Internal Providence

The Priesthood of Blessed Couples

When the younger’s sacrifice turns the elder’s anger into an embrace, God forgives the elder. This is the core tradition, and Father said that from...