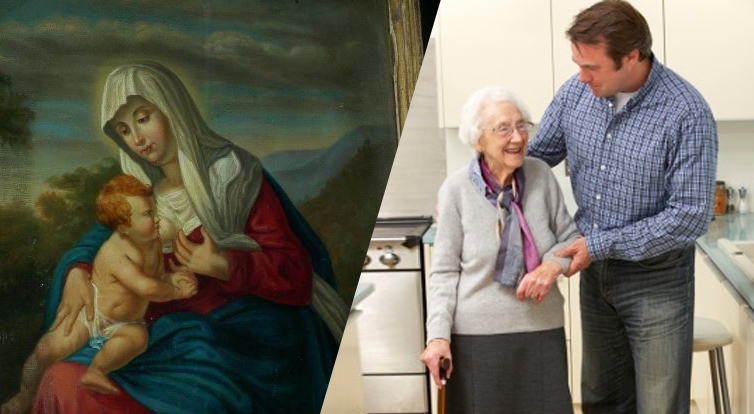 His ideal for true love was that of parent and child: “the love of a mother nursing her baby at her breast …love expressed through sacrifice as when, with pleasure, a child acts with filial piety toward his or her parents.”

“The leadership of Parents is a radical reversal.“

His ideal, however, was not parent-child love. Quite the opposite: “The people of America,” Adams wrote, “had been educated in an habitual affection for England as their mother country, …But when they found her a cruel beldam (a malicious and ugly old woman), …it is no wonder if their filial affections ceased.”

Adam’s said that this, “radical change” was “the real revolution.”

It took True Parents to bring it back. They conquered false parental love and established the position of true parents, not just in the family, but in the tribe, the nation, the world and the cosmos.

The leadership of Parents is a radical reversal.

The Heavenly Constitution’s Preamble declares this. It is our Declaration of Independence from false parental love.

In it we declare that God sent to this earth the revered couple of Sun Myung Moon and Hak Ja Han as the Savior, Messiah, Returning Lord and the True Parents of humankind. They recovered the Word of God, fulfilled the ideal of all religions, and bequeathed the true love, true life and true lineage of God eternally throughout the cosmos.

In it we declare that their course of unfathomable sacrificial indemnity and devotion is our model.

In it we enact this Constitution as the framework for the sake of achieving a universal and substantial daily life system, family system, national system, and world system of Cheon Il Guk, the kingdom of God on earth. It is the law, norm and guideline for ideal families who attend God and True Parents with love that transcends the barriers of religion, national borders, race, gender, and culture.