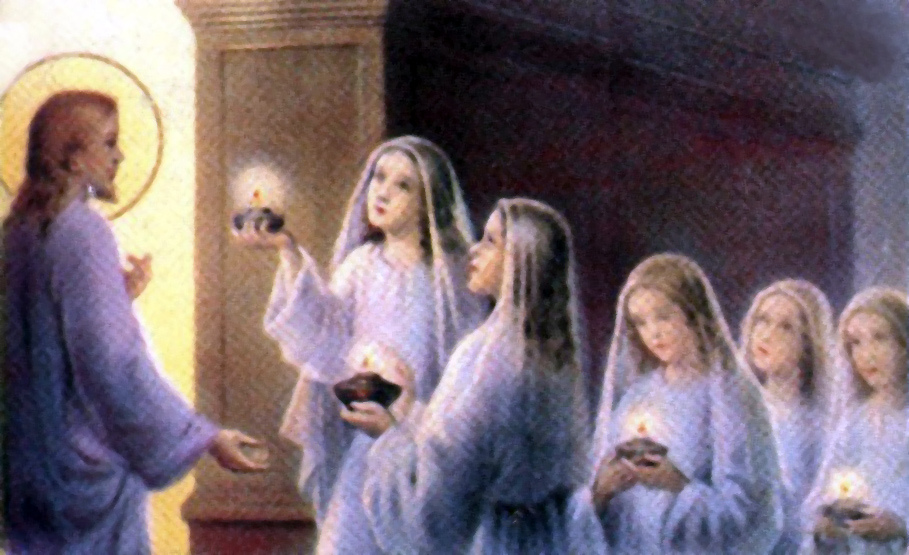 Legends, parables, and the Messiah’s history reveal the path of the only begotten daughter.

In the Arthurian legend of the sword in the stone, only the rightful king could pull the sword from the stone. An unassuming boy, Arthur, pulled it. By fulfilling at responsibility, from the Divine Principle perspective, Arthur showed he was predestined to be king.

Pulling the sword was a sign from Heaven on the path. The baptism of Jesus at the Jordan River also was a sign.

“Legends, parables, and history reveal the path of the only begotten. “

True Father tells us, “While I was attending the village school, God called me and I came to know His Will. …That was the point where a transformation began in my life.” Ten years later, Jesus’ visitation during Father’s Easter vigil confirmed God’s predestination.

At the point that Mother’s pastor, Rev. Ho Bin Heo, rejected True Father in Daedong Detention Center, Rev. Heo’s mother called True Mother into her room. She prophesied that the six-year old would be Heaven’s Bride. Father tells us, “The mother of [Rev. Heo] called Mother when she was six and gave her a special blessing. When I met Mother, I realized that she had already received all the blessings necessary to become the Bride.”

True Mother fulfilled many conditions. Jesus’ parable of the virgins illustrates this. In the parable, the first qualification for the Bride was to be a virgin waiting for the Bridegroom. Ten qualified. The next was to prepare your oil, knowing that he could be late.

“The wise virgins prepared for a Bridegroom who would not follow the schedule.“

The wise virgins prepared for a Bridegroom who would not follow the schedule. They knew his lateness was not due to irresponsibility, or failure, or lack of love for the Bride. They were ready to put themselves second to the Bridegroom’s attendance to God.

After entering the wedding banquet, there will be more conditions for the predestined Bride. Among them will be criticism of unworthiness. God will decide, and the only begotten son and daughter will receive the Holy Marriage Blessing by His decision.