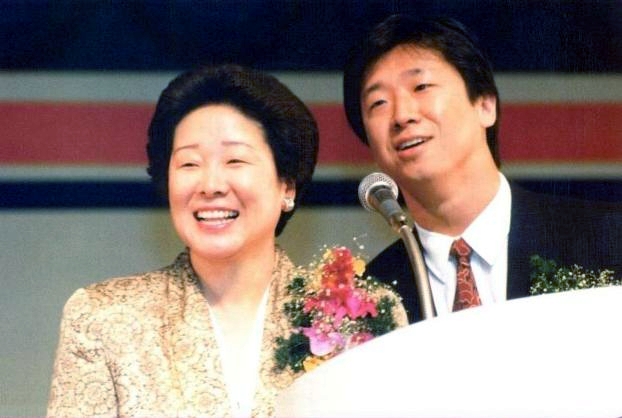 True Mother alone fulfilled the responsibilities of the messianic Bride. Her life, True Mother said, “was a succession of trials… Just as God tested Father after He chose him, God did the same to me, again and again. And just as Satan tested Father and Jesus, he also tested me.”

These responsibilities began with separation from Satan and return to Adam, which we discussed on Wednesday. We now look at the unity of Cain and Abel and mother and child that she built.

“Just as Satan tested Father and Jesus, he also tested me.”

As True Father’s Bride, True Mother stood in Abel’s position and bore a cross of indemnity. Their first seven-year period, True Father said, “was filled with all kinds of accusations, slanders, false rumors and misunderstandings that swirled around her, attacking her position in the True Family. All that she endured during that time caused her heart to bleed.”

This was Mother’s providential course. “In fact,” said Father, “all of it was necessary. The issue was whether she could overcome everything and be victorious. Mother was victorious over all of it. She had to remain silent and patiently endure. …Persevering, she made herself an offering with indomitable faith, a faith she maintains to this day. Eventually the circumstances turned around, and instead of criticizing her, all the members bowed their heads before Mother.”

Mother-son cooperation is seen in her giving food, as a six-year old, to North Korean troops, thus gaining her contingent’s freedom from captivity. Later in the journey south, her singing caused the ROK troops to put down their guns and let them pass.

” True Mother [declared] the Word and the children [officiated] with her at the Blessing events. “

Decades later, True Father proclaimed that through the Universal Peace Federation speaking tour, “which took her around the world over the past six months, she completed the historical providence of mother-child cooperation. From the position of True Parents, accompanied directly by True Children, through True Mother declaring the Word and the children officiating with her at the Blessing events, they restored the realm of the lineage and the realm of Cain and Abel unity, both of which had been lost by Eve, the mother of the first human family.”

In absolute oneness with True Father and the True Family, True Mother reversed Eve’s mistakes and the world received the Holy Marriage Blessing.

In our next posts, I will outline how the Holy Marriage Blessing allows every couple to inherit this victory.