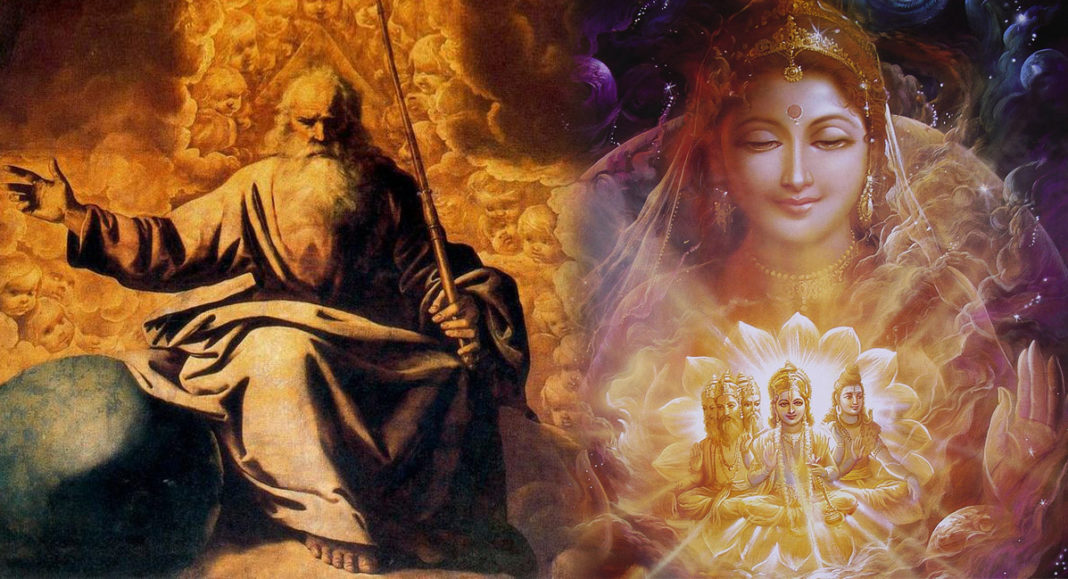 True Father asked, “Who is that causal being? Is it male? Is it female?” He didn’t answer it directly.

It was his speech to Presidents Bush and Ford and friends in the Family Federation inauguration audience. True Father had explained already that “God possesses dual characteristics of male and female” and that, through the male-female relationship in God, that is, through sex, the universe came into being.

“Who is that causal being? Is it male? Is it female?“

Now he shifted the focus to human beings: “It seems that we all resemble God. God himself has characteristics of masculinity and femininity, or positivity and negativity. Human beings, who were created as the substantial object of God, were created as man and woman.”

He emphasized, “It is clear that humankind is comprised of man and woman.” And he declared that the difference between the two is the sexual organs: they are “what makes man man, and woman woman.”

One political party in America adopts the “gender spectrum” position—two sexes, many genders—so it is worthy of consideration. The “spectrum” position requires that biology (two sexes) differs from personhood (many genders). We reject this by our ideal of mind-body unity. God’s oneness decrees a sex-specific spirit breathed into a sex-specific fetus. We are born one or the other.

“One political party in America adopts the “gender spectrum” position. “

So too, Adam is Father God and God’s dual characteristics appear completely through marriage: “When man and woman marry, they become substantial plus and minus representing God.”

We represent God, embody God and inherit God’s power to create through sex:

“Subject and object unite centering on the ideal of love. …centering on the place where husband and wife become one through their sexual organs, God wants to appear and meet us. …man, who is plus, approaches that center, and woman, who is minus, also approaches that center. In God also, the masculine characteristic and the feminine characteristic become one… That union in God, as a bigger plus, becomes one with a bigger minus, namely, the union of man and woman.”

The question was, “is God male? is God female?” True Father’s answer was, receive the marriage Blessing, love each other, and you’ll find out.

(NOTES: This is consistent with world traditions, for example, in Judaism: “…every figure that does not comprise male and female elements is not a true and proper figure… Observe this: God does not place His abode in any place where male and female are not found together, nor are blessings found save in such a place.” Zohar 1.55b, in World Scripture and the Teachings of Sun Myung Moon, pp. 75-76. Divine Principle also teaches God’s dual characteristics of internal nature and external form, and so this article is not meant to present a full explanation of God and creation. All citations are from “In Search of the Origin of the Universe,” in Pyeong Hwa Gyeong p. 211 ff., except one, which is found in Blessing and Ideal Family 1993, p. 485. For a digital version of “In Search…,” go to http://tparents.org/Moon-Talks/SunMyungMoon96/SunMyungMoon-960801.pdf.)