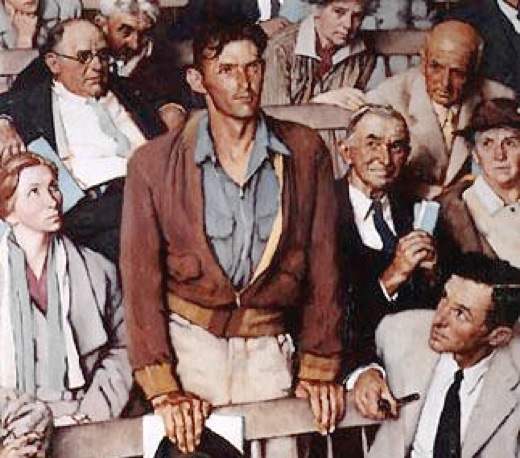 In the 1500s, the Christian West, nurtured by 1,000 years of vertical governance, moved in a horizontal direction. Every believer is a priest, Martin Luther said. The absolute value of every human being before God is the first genius of horizontal governance.

Luther’s proclamation inspired many to spiritual leadership, some of which turned political and violent. Martin called upon the state to suppress them, and the first phase of horizontal governance resulted in a state church with a scattering of persecuted sects.

Calvin made the church an independent partner of the state, ruled by its own council of elected elders.

The second phase arose in Geneva, Switzerland. John Calvin modeled church governance on Geneva’s self-governance. He made the church an independent partner of the state, ruled by its own council of elected elders.

Eighty years later, English Puritans, following Calvin’s system, garnered a royal charter to establish their own state in Massachusetts. All American colonies adapted their system, with the people empowered to elect their leaders both secular and spiritual. The American revolutions—spiritual and political—created “a nation with the soul of a church” using this horizontal model. Freeing the spiritual from secular control is the second genius of horizontal governance.

The third genius emerged when Luther, a monk, married Katherine von Bora, a nun, and she created and managed their household economy. “There is no more lovely, friendly, and charming relationship, communion, or company,” wrote Martin, “than a good marriage.” The vertical, parent-child providence shifted to the horizontal, husband-wife providence.

So something mysterious happened. Spouses become parents and governors of a family and household. The spousal horizontal relationship leads naturally to the parents’ vertical governance, over the family and everything it brings forth.

The Puritans rightly declared the family the microcosm of church and state. They called parents the primary religious educators of their children and household, which included relatives, employees, apprentices and unmarried offspring.

The horizontal society became the world’s most inclusive, adventurous, inventive and prosperous.

The household economy became society’s bedrock. Each household had one vote in elections. Families sustained churches and settled the West. Governance of the family expanded to governance of the town, county, state and nation.

This horizontal society became the world’s most religiously inclusive, spiritually adventurous, technically inventive and economically prosperous. Here women found a public voice for education, care for the needy, moral reform, including the abolition of slavery, and church missions.

The three geniuses of horizontal governance made America the world’s beacon of hope. In many ways, it is a model of Cheon Il Guk.