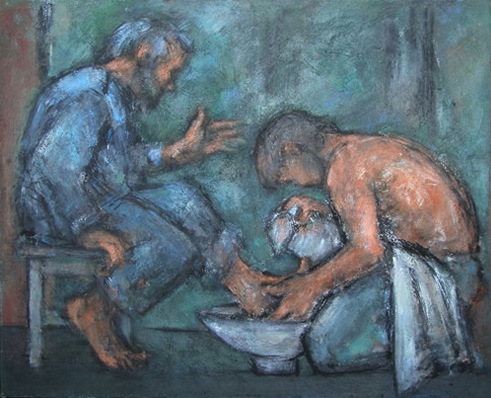 The Heavenly Constitution specifies a small number of public offices. The Supreme Council has 13. The Jeong Won (executive) has an International President, Vice-President and heads of providential organizations, and the Beob Won (court), Jae Won (economy) and Gong Won (media) each have 9. The largest body, the Eui Won (legislature), has a Chair, Vice-Chair and a maximum of 120 elected members.

“Office holders and their families carry the yoke of living for others on the national level.“

There are no criteria for office-holders as to race, nationality, religion, age, gender, social status, disability, lineal relationship to True Parents (with one exception) and Blessing status. The Constitution’s stated criteria for public office are faith, character, professionalism, effectiveness and dignity.

The dignity of the office-holder stands on the duties of the citizen: to practice absolute sex, live for others, respect public ownership, minister True Parents’ words, and participate in a God-centered family and tribe.

During their tenures, office-holders go beyond that. Father’s Principle is that the subject partner becomes zero, sacrificially offering everything for the object partner. Jesus said, “You know that those who are regarded as rulers of the Gentiles lord it over them, and their high officials exercise authority over them. Not so with you. Instead, whoever wants to become great among you must be your servant, and whoever wants to be first must be slave of all.”

Office holders and their families carry the yoke of living for others on the national level. To serve the nation, the office-holder sacrificially offers his or her family. Reciprocally, families sacrificially offer the office-holder. In turn, the nation carries out policies that advance the well-being and rights of all the citizens. This fulfills the three object purpose under God, which perfects the national four position foundation of God, individual, family and Cheon Il Guk.