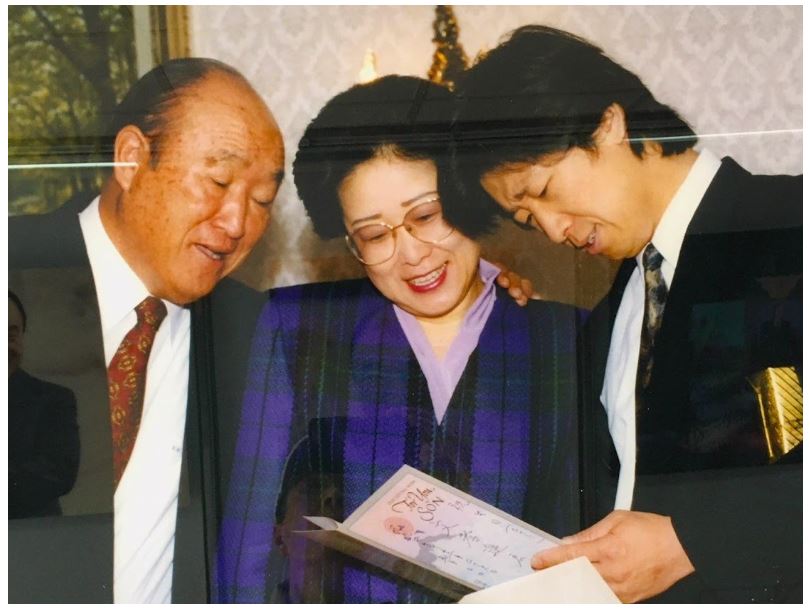 At IPEC in Las Vegas, on March 16, 2018, True Mother articulated a major statement on Principled governance. Its essence is to carry on True Parents’ tradition.

True Father defined the tradition thusly: to separate from Satan, inherit God’s heart of love toward the ones still in the thrall of Satan, and ask God to forgive them and punish you instead.

First, the individual separates from Satan.

To name this position, True Mother used the title, “priest.” It’s the perfect word, for a priest is a person who separates from the fallen world, dwells in the love of God, and offers his or her life to save others.

In the Unification context, it starts when the individual separates from Satan by attendance to God through True Parents. This comes by the change of blood lineage in the marriage Blessing, or by being born into a blessed lineage.

Second, the individual accepts the parents’ call to sacrifice. This is a formal, public decision made in the context of one’s family, tribe, nation or world. Christianity calls it “ordination.”

Third, the individual loves people at the cost of their life, receives their offering to God, and conveys God’s forgiveness of their sin.

Jesus and the Holy Spirit called Sun Myung Moon and Hak Ja Han to this mission. They completed it, to become the True Parents of Heaven, Earth and Humankind.

Since the mission is completed, as True Mother stated, “There is no previous or future True Parents of Heaven, Earth and Humankind.” In that respect, “there can be no concept of [indeed, no necessity for] an inheritor or successor.”

What there is a necessity for is central figures to carry on the True Parents’ tradition, in True Father’s words, “to join the central person [and] go back to the original position.” On March 16, True Mother said that this is the mission of the eldest son.

“In the original, principled world,” Divine Principle states, “God intended to raise up the eldest son and have him inherit the birthright.” The eldest son’s condition is absolute filial piety—Hyo Jeong. He joins his parents, and we join him. He is our High Priest.

(Citations: “Master Speaks,” Toronto, Canada, Dec 14, 1971, https://www.tparents.org/Moon-Talks/SunMyungMoon71/SM711214.HTM, p. 3; “True Mother Words at Famicon 2018,” March 16, 2018, https://www.tparents.org/Moon-Talks/HakJaHanMoon-18/HakJaHan-180316a.pdf; “Heavenly Tradition,” January 20, 1973, https://www.tparents.org/Moon-Talks/SunMyungMoon73/SM730120.htm; Exposition of Divine Principle, p. 191. I note that in setting the Foundation of Faith, Abel stands in the position of parents. [Exposition of Divine Principle, pp. 193, 233, 268, 276, 279] Then in setting the Foundation of Substance, which is the public mission in relationship to the people of the fallen world to which True Mother is referring, Abel stand in the position of a child. “Through his resurrection appearances, Jesus …from the position of a child, …secured the position of Abel for fulfilling the indemnity condition to remove the fallen nature.” [p. 279] The Old Testament exemplars are Rebekah and Jacob, whose mother-son cooperation secured Jacob the birthright. [p. 229])