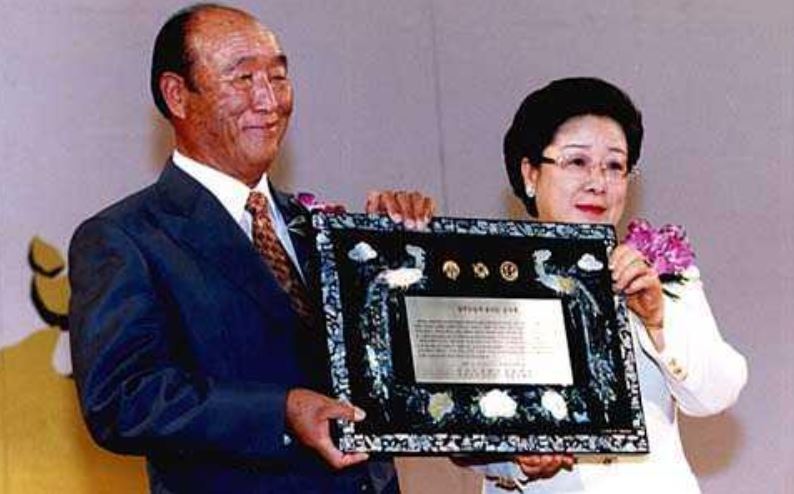 On the third day of True Father’s Holy Ascension, True Mother told all those who are their children: “I want to accomplish the Will that he left for us to fulfill, together with all of you. I hope that as we go along the path, none of you become sons and daughters who fall away.”

God would lead her to change this world’s norm.

She knew that God would lead her to change this world’s norm that only a man can be a transformational global spiritual leader, and that to follow her, for some, might not be easy.

For decades, we looked to True Father alone. We adopted the age-old mindset that bold and revolutionary leadership is the domain of heroic men.

True Parents followed that tradition for three decades. For their first three years of marriage, True Mother lived in another family’s house. Would she ever live with her husband? Would she forever be a silent partner bearing the babies of a husband off touring the world in pursuit of an impossible dream?

The answer is NO. Things began to change in the 80s.

For example, True Parents traditionally bowed together to God, and then True Father would sit in front and True Mother would bow to him. Then she would join him and all present would bow to them.

Suddenly, the step of True Mother bowing to True Father disappeared. After True Parents bowed to God, they turned toward us and together received our bow.

Jesus prophesied this when he characterized his return as a wedding, and proclaimed, “the Spirit and the Bride say, ‘come.’” Jesus knew: the true heroic male is the one who makes his wife absolutely one with him in love and authority. The Principle of Creation teaches co-creatorship, and that my object partner is greater than me. True Parents are not exempt; they are exemplars.

I pledge, by attending you as that woman, to be victorious.

This is why True Father wrote to True Mother, “Please become the highest, most precious and victorious True Mother.” Ever humble, he then said, “I am also striving to become the True Father.”

True Father recognized Hak Ja Han as the goal of the providence: “I endured …the sorrowful path of indemnity to establish one woman, True Mother, and I pledge, by attending you as that woman, to be victorious in bringing peace.”

This is the man-woman love revolution: True Father pledged that he would bring peace by attending his wife.