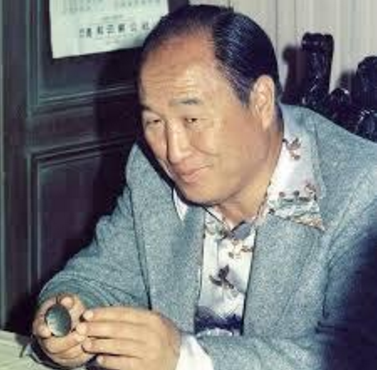 In August of 1971, a few months prior to True Parents’ departure to America, True Father laid the cards on the table for the Korean church leadership. The way blessed families should go begins with mind-body unity.

Like John the Baptist, we fallen men say, “I’m not the Messiah.” As if our honesty compensates for our cowardice. True Father said that we all should be messiahs. But we don’t want to face our mind-body disunity. Why? To unite mind and body is the most difficult task there is.

“To unite mind and body is the most difficult task there is. “

Was the first Adam born with mind-body unity? In True Father’s words, no. “If Adam had perfected himself centering on the mind, his authority would have subjugated the archangel as well as guided his body anywhere he desired.”

We all inherit Adam’s failure. Whether due to immaturity, or original sin, or both, “the mind …has not gone over the perfection level of the growth stage.” In that position, whether an immature Adam, the Messiah, or just a fallen man, we all get stuck at the top of the growth stage. That gate into the completion stage did not open automatically for the returning Jesus. In True Father’s words,

“The returning Jesus comes with a body and a mind, but are his mind and body absolutely one? If his mind and body were absolutely united, he would be inside God’s dominion, never touching the domain of the Fall. However, even he comes out of the lineage of Satan’s world, and so this is not wholly true. The interaction of his mind and body occurs just as it occurs in you. Centering on his mind, he has to strive to subjugate his body.”

“ If the Messiah succeeds, we are without excuse.“

The Messiah has no free ticket. It’s just as hard for him as for us. Even harder, because he’s the first. Fallen men let each other off the hook, but the Messiah stays on the hook. He lives for God at the cost of his life, and this keeps us on the hook. So no one really wants him to succeed, because if he does, we are without excuse.

True Father never told us to do anything that he himself had not already done. To bring his mind to have dominion over his body, True Father said, “The first thing is to believe.”

To believe sounds easy, but not the way True Father explains it. We’ll talk about that Wednesday.

How to Build a Family Palace

God Is Our King